You Found Something On His Phone. Now What?

You’re sitting on the couch, his phone in your hand. You’re starting to think, “wouldn’t it be weird if I went through my boyfriends phone and found something?”

Even though you hate it, you can’t stop glancing over at the screen.

And it’s there, sneering in your face – that text, those words, the photo.

“So, I wasn’t paranoid” you whisper to yourself reassuringly, adding “What did I do to cause this?”

And your mind screams at you to storm into the bedroom and confront your boyfriend about the girl he’s been contacting behind your back.

But for some reason, you don’t.

Surprisingly, you find yourself unsure of what to do next.

Make a scene? Sleep on it? Pretend as nothing happened? Talk it out?

Was The Snooping Worth It?

First and foremost, no matter his transgression… you have to realize you just committed a serious breach of trust.

There might have been a doubt in your mind that he’s cheating, or that something’s wrong.

But the moment you decided to go through his phone, you lost the right to take the high ground in the incoming conflict.

Even if you are the most loyal girlfriend in the world, your phone is still your most personal possession.

Just one swipe of the thumb gives you access to a person’s Instagram, messenger, gallery, calendar, and any bit of information they might want to keep private.

Imagine if someone had done that to you – not cool, right?

Which is why you must understand that he WILL get defensive, and for good reason.

Consult With Yourself First

So, before you react, take a few minutes to think, or even sleep on it.

Go through whatever you are feeling and really think about the whole situation.

Are the texts or DMs you found outright showing he’s cheating on you? Or are you just projecting your fears and insecurities onto actually harmless texts?

Being reactive after finding something incriminating can cause you a lot of trouble.

Instead, reflect on what you found, and – without any more snooping – use that information to understand his suspicious behavior. 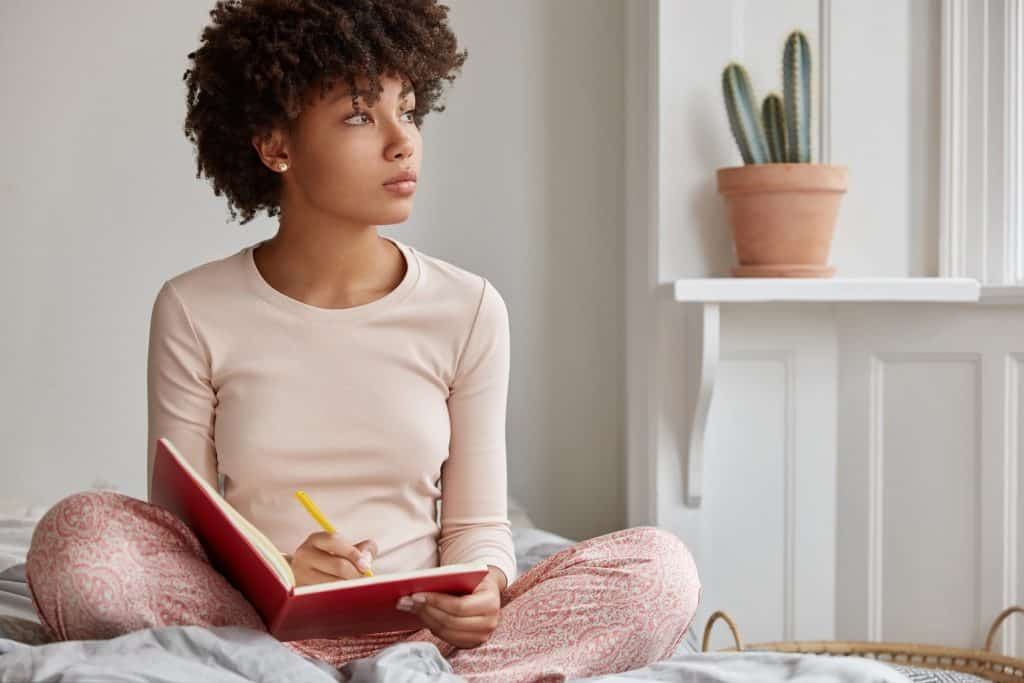 Ask Yourself The Following:

Don’t be afraid of these questions, nor the answers.

They’re your only anchors now as you plan the “confrontation.”

And they will help you decide what to do next.

When you decide to talk to your boyfriend, be careful how you’re going to start.

Even if he turned out to be the sleaziest guy in the world.

Why should he get the satisfaction of seeing you all riled up? What’s worse, you’ll turn out to be a psycho that went through his phone over nothing.

Remember: “I went through my boyfriends phone and found something.”

Don’t Be Quick To Judge

Start by telling him about the thoughts you’ve been having.

Mention the doubts you’ve had, the changes in his behavior, every possible reason you had to invade his privacy.

He’s going to have his own leverage in this confrontation as well – after all, you did invade his privacy, and openly showed your distrust.

Because no matter his mistake, you’re the one who decided to take a bad shortcut and now you’ll have to deal with more than what you found on his phone.

Luckily, it’s easier to apologize than you thought.

Ask him about what you found on his phone and then let him explain himself.

The chances of him cooking up a storm are slim to none if he sees how calm you are.

No matter how hard it is, don’t lose your cool.

Even if you want to yell at him and storm out, don’t, or you’ll regret it.

More often than not, these things are inflated by our own insecurities and egos.

It’s like he was exchanging a few words with a girl in a bar while you were in the bathroom.

It’s harmless, means nothing, and your reaction to the exchange shows how much you trust him and how safe you feel in your own skin.

Discuss your own feelings and interpretation as much as the content on the phone.

It will lead to a more productive solution for the both of you. 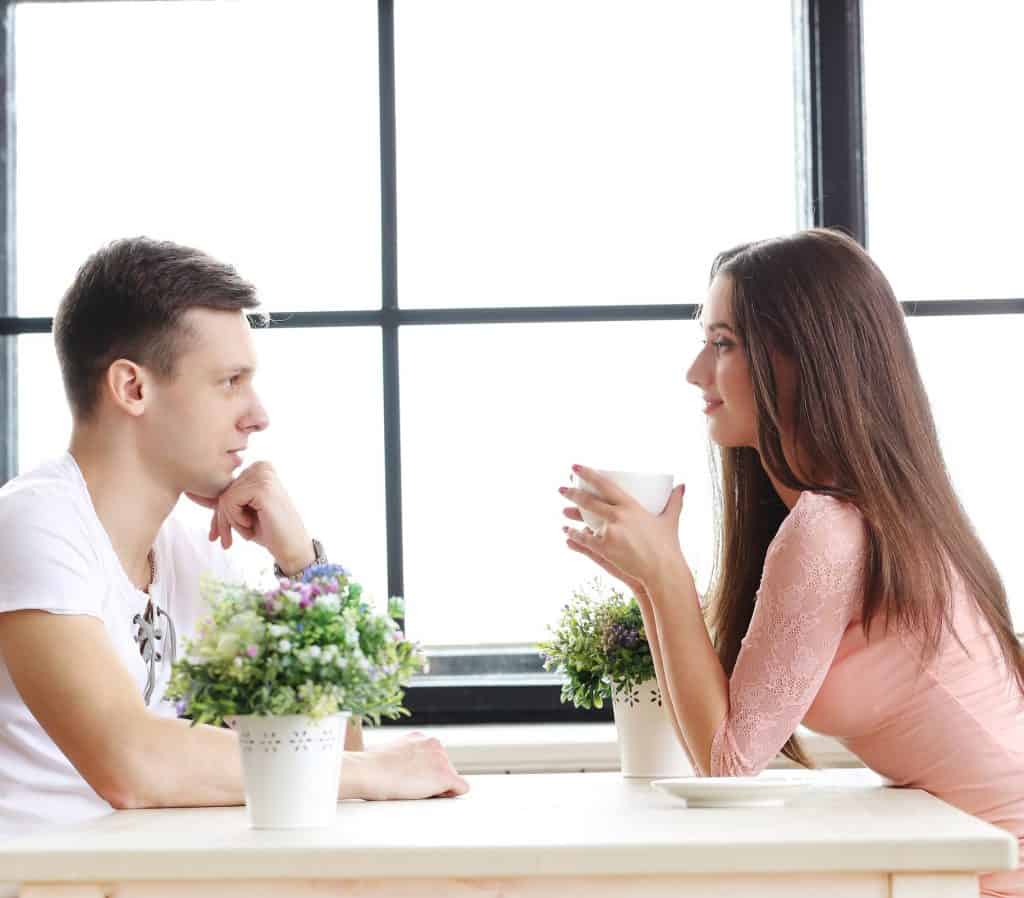 You Always Have A Choice

Staying together is as viable as breaking up.

He could want to break up because those photos or texts were meaningless after all, and he could now see you as a paranoid, jealous girlfriend.

You could also want to break up because he admits to cheating, or wanting to cheat, and never mustered up the courage to break it off himself.

But there is also the option of realizing you both made a mistake. That you mean too much to each other to just walk away.

This is why those questions earlier come into play.

Furthermore, are you willing to forgive?

Because you always have a choice, no matter how hopeless it all seems.

How To Move Forward?

It won’t be resolved in one night.

Maybe not even in one week.

It takes a lot of maturity and emotional restraint to handle these situations.

And if you two manage to find some common ground, then you’ll know where to go from here.

Maybe you decide to break it off, realizing you just weren’t meant for each other.

Or you push through, and with some time and patience you move on.

There are ways in which conversations can build solid long-lasting relationships.

What Can You Take From This?

Finding out the man you love is doing something behind your back is one of the worst scenarios in a relationship.

But there are ways to tackle the issue with grace and dignity.

As I mentioned, the first step is to have a conversation with yourself, to see what you feel.

Then approach your boyfriend and address the things you found on his phone.

Be aware that you violated his trust and have a good reason why you went through his phone in the first place.

Lastly, if possible, make a choice together on what to do from that moment on.

Unfortunately, his behavior can sometimes be a sign of bigger problems in your relationship.

Usually, this has something to do with sex. He’s not getting what he needs…no, craves, from you, and that’s why he’s looking around.

If you want to make your man addicted to you (and only you) there’s a simple way to do it – talking dirty.

It has to do with connecting with his innermost desires and fantasies and showing him you understand him.

I could talk a lot more about this, but check it out for yourself.