What Does It Mean When A Guy Comes Too Fast?

Every woman experiences this at some point. It’s inevitable, really. But when a guy comes too fast what does it mean?

Maybe you’re trying for solutions and new ways to help him last longer?

It’s something that every woman experiences…

You’re in bed, you’re having fun fooling around and you just can’t wait to get to the good stuff.

You’re ready to go but all of a sudden…it’s over before it even really began.

While it’s a bit inconvenient and even annoying if it happens over and over again, there is a reason guys come too fast sometimes.

You really want to understand what’s going on before making any assumptions and giving up on him for good.

There are so many reasons a guy might be blowing his load a little earlier than you’d like. Here’s what may be causing him to get overly excited way too early.

The longer a guy goes without coming, the less time it’ll take him to get there.

He’s not practiced. He hasn’t really had much of an opportunity to work on his stamina and for that reason, he might just not have any endurance in this department.

If this is the case, he may have already hinted that he hasn’t been intimate with someone in a while.

It’s not a huge deal since the more active he is in the bedroom, the better it’ll get.

2. He’s really attracted to you

Some guys just can’t hold in how excited you make them. It’s like, you’re just irresistible to them and they can’t stop themselves.

Always take premature ejaculation as a compliment, never ever shame him or feel bad for it!
It just means he’s super into you and thinks your absolutely gorgeous.

This could be the case for a guy who comes too fast. Usually, however, this won’t last very long. The more you two are together, the more control he’ll have over himself.

This should really only be a problem the first couple times you get together. If it keeps happening, there might be a bigger problem at play.

3. He has a condition

Premature ejaculation is a condition some guys have. When a guy comes too fast what does it mean in relation to this fact?

They just can’t help the fact that they finish right away sometimes. In order to tell if this is the reason, your man can’t hold on until you even get started with the main event, pay attention for the first few times you get together.

If it keeps happening and you try to slow it down and take it easy, he might just have a condition that you’ll need extra help with. 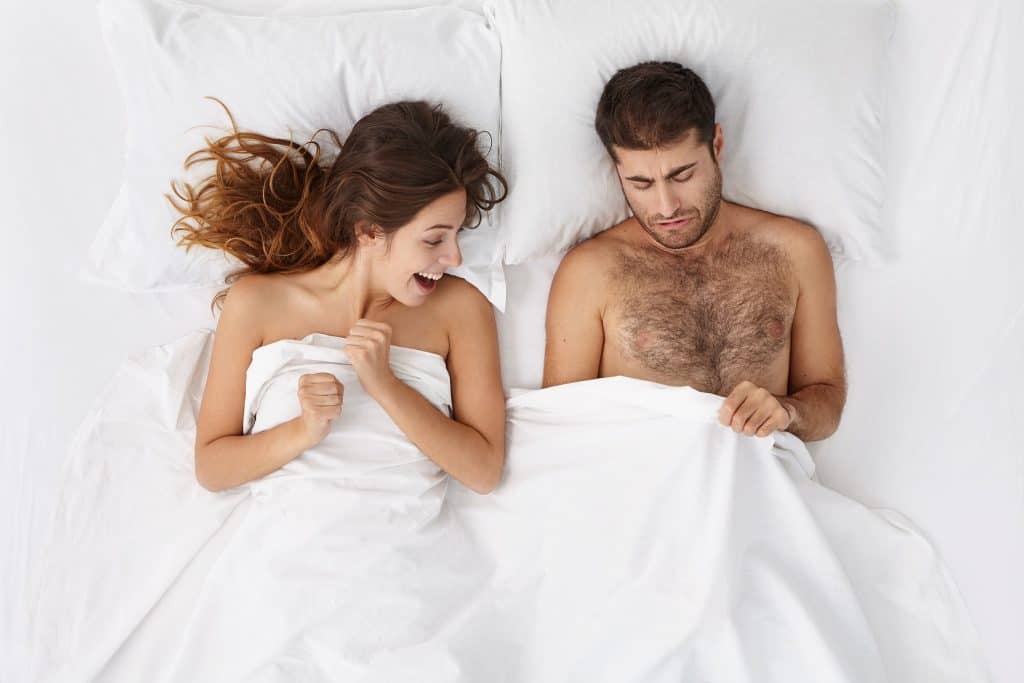 You may be able to pat yourself on the back with this one.

The reason your man is busting right away could just be because you’re really good and it feels far too nice for him to hold it in.

Essentially, you make him lose control. He can’t help himself…
This isn’t really a bad thing but you might want to think about going slower and easing into things so he doesn’t finish right away.

You can feel great about yourself if this is why he’s finishing too fast.

He’ll probably just tell you if this is the case and it’ll be super obvious.

Let’s be real here: not all men are going to care about whether or not you have a good time in bed.

That’s just the reality of sex and sleeping with someone who doesn’t really care for you on an emotional level. He might just not care enough to control himself.

In his mind, he’s just looking for a good time. He wants to get his jollies and be on his way.

You’ll be able to tell if this is the case almost right away because he won’t be very attentive to you.

The foreplay will be minimal if it exists at all, and he’ll move right on into something he prefers. If this happens, avoid sleeping with that guy again. You just won’t get much more out of him.

Nerves can affect a guy in the bedroom a lot more than you’d think.

If he’s really nervous, it could cause him to lose a lot of control and that could push him over the edge a lot sooner than he’d like.

The signs for this one are pretty straight-forward.

He’ll act pretty nervous the whole time you’re together and when it comes to getting frisky, he’ll be a little uncoordinated. You may even catch him shaking or sweating more than he should be.

This isn’t really something to worry about. Once again, the more time you spend with him and the more you’re intimate together, the better he’ll get and he’ll be able to perform in a more pleasurable way. 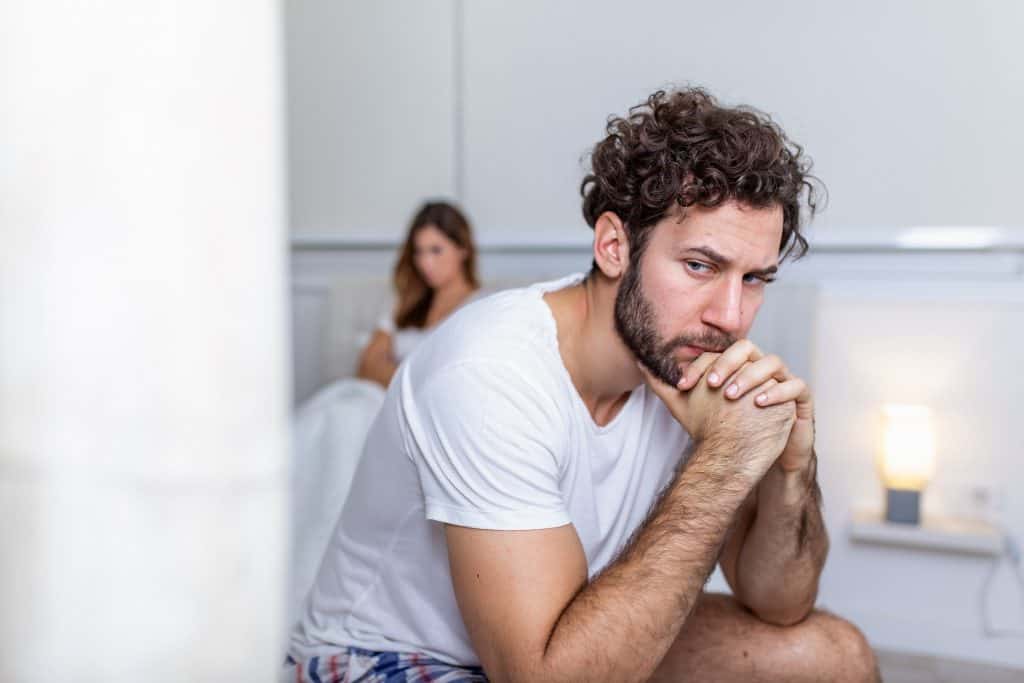 7. ​He has very little self-control

A lot of a man’s stamina in the bedroom comes from self-control. He has to stop himself from finishing until you’re done. That’s really the basis of it.

Over time, guys learn how to control this so they can last longer and longer. Some men, however, just don’t have enough self-control to stop it from happening, no matter how long they’ve been trying to master it.

And some guys just don’t realize they can control it if they practice some. You can mention this to him but overall, just take it slower. Be sure to extend the foreplay, maybe even use some vibrating toys. If you have 3 orgasms before he’s even had one, it’s going to go a long way in making him (and you!) feel better.

Pull away when you think he’s going to finish so he can regain control and then start again. Over time, it’ll get better.

We all know the story of a guy losing his virginity after a whole 30 seconds with a girl. It happens.

Guys get really excited when they don’t have a lot of experience and they also lack the control and discipline needed to last a long time.

If this is the case, you’ll know it. He’ll either be very young or over-eager to get in bed with you.

9. He doesn’t know how to pace himself

There’s a reason people switch sex positions so many times and it’s not always just to keep things more interesting.

Some guys want to dive right in and go as hard and as fast as they can until they finish. The thing is, it takes women a lot longer to get there so this could be really inconvenient for you.

In order to fix this, stop him before he’s about to finish and switch positions.

That’ll give him some time to regain control so he can get back to work.

Men finishing too early is awkward, but sometimes it’s an inevitable issue you’ll have to deal with together. ​Start by talking about it, and don’t let your frustration show through.

One of the best things you can do to prolong pleasure for both of you is taking foreplay to the next level.
That way all the initial bubbling excitement will be more balanced and build up more naturally….

Become master of foreplay and dominate your man, check out the ultimate bible for dirty talking.

You’ll discover the hidden tips and secrets of what it takes to understand how your man thinks, and how to use this to your advantage.

When you know how to turn him on, he’ll be yours, forever.

So don’t wait around. Take control of your romance for good.

Learn How To Talk Dirty To Your Guy Here

With the world turning upside down, it’s a time to appreciate our relationships...So I’m sending you some of my best literature FOR FREE