I mean, everything you seem to see in the media suggests this.

You’d be forgiven for thinking that we are simple creatures.

But that’s a bit of a generalization, isn’t it?

That’s why you’re here: to dig a little deeper.

Communicating our needs is not something that comes naturally to most men so let’s look at what men want in a relationship but will never tell you.

Now, men are capable of communicating.

It’s just that we prefer to talk about things and information, and not too much about feelings and emotions.

It’s just how we are.

I think we’re like this because we’re just not naturally good at communicating feelings. So we tend to shy away from it.

The thing is, proper communication is essential for a healthy relationship. Often, men will keep things they dislike to themselves.

Over time, this ends up causing resentment in men.

And add to that the fact that most men have difficulty communicating what they like or need, especially in the bedroom.

Usually though, this doesn’t stop the man wanting what he needs. He just turns elsewhere.

As a woman, you’re more likely to be better at communicating emotions and feelings than your man. Use this to your advantage, and to the betterment of your relationship.

The truth is, men want you to manage this area of the relationship. They won’t tell you this but they need you to be able to listen to them non-judgmentally.

They need you to be there for them and to help them get to the bottom of their feelings on whatever is bothering them. 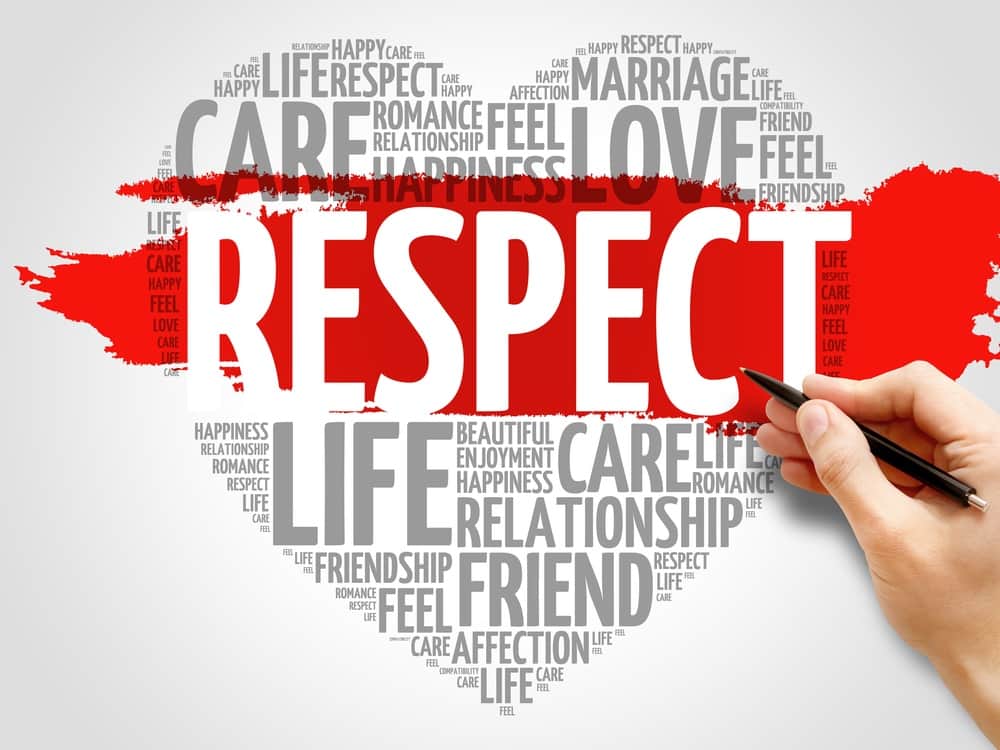 One of the things a man needs more than anything from you is your respect.

The thing is, respect is one of those things that a man can’t ask you for, or else he feels it’s all contrived.

It has to come from you naturally. This is why respect is one of the things men really want in a relationship but will never tell you.

When a man feels your respect for him, it fills him with a sense of pride and purpose that nothing else in the world can provide.

Whether it’s respect for accomplishments at work, leadership in the family, or deeply held beliefs he won’t ever compromise on, your respect for him can strengthen your relationship in ways you’ll never anticipate.

By respecting the man in your life, it encourages him to face adversity and achieve his potential.

By disrespecting your man you will fill him with self doubt which he will eventually trace back to you.

Your relationship will not survive.

Your man wants what’s best for him. When he feels that, he wants to give the best of him to you.

Don’t Try To Change Him

Do you think the man in your life is happy with his imperfections?

Do you think he is satisfied with his bad habits?

Yet why do some women act as though they know better, and try to force the man in their lives to change?

I think it’s so crazy to hear about women who do this. They sabotage their relationships because of some preconceived ideal they hold.

Don’t get me wrong. I’m not saying that you can’t both talk together and find ways of improving his life, and yours.

But there’s a way of doing this constructively, and not in a nagging way.

You don’t want him to associate you with his mother, do you?

If he’s lazy around the house you have to ask yourself if you’re somehow responsible for it.

Maybe you complained too much about the help he gave you previously and he has learned to feel damned if I do, damned if I don’t.

But fundamentally, for the larger parts of our personalities, we’ll never change. We are how we are.

If you can’t stomach us for who we are, it’s on you to find a man who ticks more of your boxes.

If you can’t find such a man, then there’s a problem with your expectations.

Here’s the thing: men love sex. They communicate their feelings to you via sex.

But men are terrified of allowing you into the dark depths of their inner sexual world.

They’re afraid of being judged by you.

A man wants you to get him. To talk to him in a language that makes him feel alive and understood.

Learn to communicate with your man in a deeply intimate way. Discover the secrets of talking dirty to him.

This doesn’t mean changing yourself into a slut. It means developing a secret, naughty way of communicating intimately with the only man in your life.

This is one of the biggest things men really want in a relationship but will never tell you.

But that doesn’t stop them from wanting it.

They still crave the excitement of the interaction of a woman who can speak to their needs in a way they only dream of.

Learn the art of talking dirty and occupy that sacred place in his world. You can thank me later.

P.S. After getting thousands of emails from women all over the world asking us to teach them how to talk dirty with the man in their lives, we decided to do something about it.

If you want to get finally make your man addicted to you in a fun and naughty way, be sure to check it out.

Check out the secrets to dirty talking now