19 Signs Your Ex Desperately Wants You Back

Sometimes it takes the end of a relationship for someone to see that they truly needed it. It’s possible your ex feels this way.

If you’re not sure that he’s feeling like a total screw up for letting you go, there are many signs your ex wants you back. He might be easier to read than you think.

When someone’s missing you, they’ll have their own way of showing it. Here are some telltale signs your ex wants you back.

Pay close attention and he’ll reveal his true feelings about your split.

Obvious Signs Your Ex Wants You Back

These are among the most blatant things your ex will do if he wants you back. If you notice these signs, he’s making it clear.

1. He texts you all the time

This is a no brainer, really. If he’s texting you all the time and you’re supposed to be broken up, he misses you.

He just wants to see your name pop up on his phone. He wants to talk to you and, chances are, it’s because he wants you back.

2. He likes your stuff on social media

It’s perfectly fine for people to be liking your posts and pictures but when it’s your ex, that’s usually a sign he wants you back.

Otherwise, he wouldn’t really pay much attention to what’s going on in your life. But if you get a notification with his name repeatedly, he’s definitely longing for you.

3. He asks mutual friends about you a lot

They’ll just tell you. If you two have the same friend group and spend time with them separately, they’ll mention if he’s been asking about you.

This is a pretty clear sign your ex wants you back because if the questions are repeated, he’s not just checking in. He misses you.

These may not be obviously directed at you, but you might see some sappy posts about not knowing what you had until it’s gone, or something equally cringe-worthy plastered all over his social media.

It’s a way of guilt tripping you. He’s hoping you’ll see it and feel bad for him because he wants you back.

5. He finds random reasons to text you

Any time he texts you, it’ll be for some reason he searched long and hard for. If he sends you a meme he thought you might like or even to tell you that he wishes your mom a happy birthday, he wants you back.

If he didn’t, he wouldn’t bother with it. This is his way of hoping you’ll carry the conversation into something deeper.

6. He keeps finding stuff you’ve left at his place

It’s not so much that he keeps finding it, but, rather, he’s deciding to give it to you even though he found it a long time ago.

Instead of saving you one trip, he’s hoarding your belongings and lying to you by saying he just found it. Obviously, this is so he can see you more.

7. He drunk texts or calls you almost every weekend 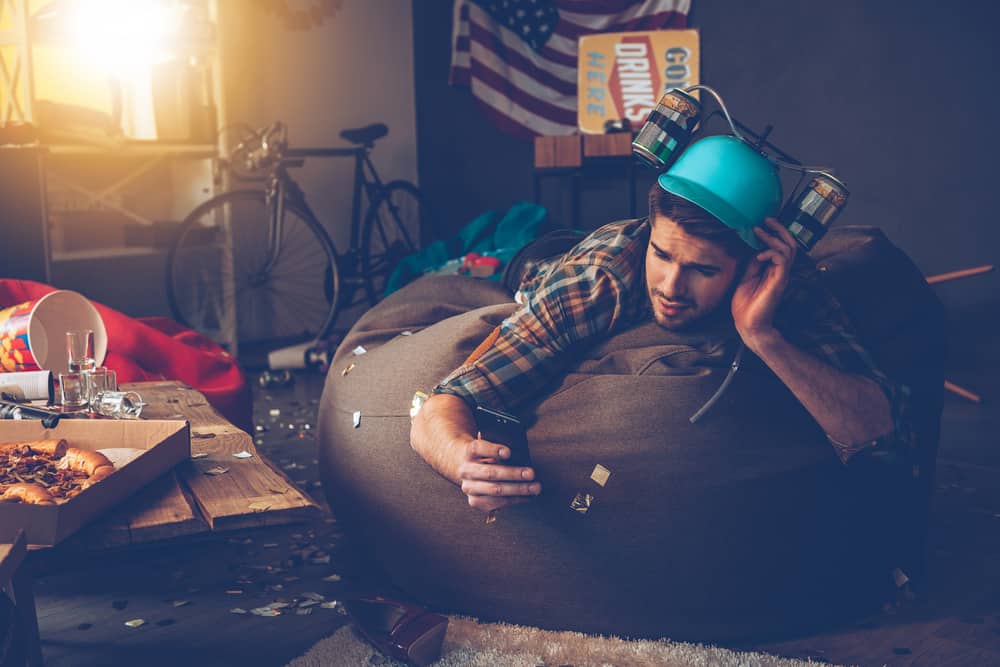 Does this really need an explanation? Our decision-making processes are hindered when we drink.

In the case of your ex, he no longer has that voice telling him to leave you alone. If he’s calling or texting you while drunk, he definitely wants you back.

8. He tries to guilt-trip you

This is a nasty way of showing you he misses you, but it’s still something he’ll do if he wants you back.

What he’ll do to guilt-trip you is to either tell you how awful his life is without you or completely let himself go, publicly.

Social media will be littered with his failures and unkempt profile pictures so you can see how much not having you is upsetting his life. It’s all a very lame attempt to make you feel bad enough to get back with him.

9. He brings up old, happy memories

Whenever you two do end up seeing each other or talking, all he does is bring up the “good times.” Sure, you can discuss things in the past but if it’s every time, your ex wants you back.

There’s no other reason for him to talk so much about something that’s over.

10. He’s curious about your personal life

And by personal life, I mean love life. He’ll probably try to play it cool and ask about what you’re doing for fun nowadays but we both know he just wants to see if you’re with someone new.

It’s even more obvious if you say you’re seeing someone and get starts to pout like a spoiled toddler.

Subtle Signs Your Ex Wants You Back

Not all the signs your ex wants you back will be so obvious. If you can’t really tell, but get the feeling he might be trying to get you back, these subtle clues will help you see the truth.

1. He doesn’t date anyone

A guy still pining for his ex isn’t going to be dating anyone else, at least not if he’s smart. Instead, he might steer clear of dating anybody.

If you see that he still hasn’t moved on and he’s still chatting you up regularly, he totally wants you back.

2. He dates a ton of people

On the flip side, your ex could be a total idiot and decide to go out and date a ton of women.

He’s probably doing this in the hope that you’ll get jealous, but also to numb the pain of missing you.

3. You run into him every now and then

This might seem like a coincidence and it might even be some of the time, but if you’re seeing him frequently, he’s doing it on purpose.

There are so many ways to see what you’re up to and where you are. He’s finding out that information and going to these places in the hopes that you’ll want to stop and chat.

4. He posts status updates and pictures of how well he’s doing

This isn’t to make you jealous or anything. Instead, he’ll subtly try to show you how mature and together he is.

He’ll post about job promotions, exercising, eating well, and all the stuff you might’ve hounded him about in the past.

He’s doing this so you’ll see what you’ve lost because he wants you back.

5. He posts overly fun and exaggerated pictures on social media

Unlike posting pictures showing how happening his life is, he might take things a step too far by trying to make you want in on the fun.

And by that, I mean he posts pictures that make it look like he’s having a blast. He’ll throw up photos at the bar with his friends and even a ton of other girls.

Thankfully, you know he was only at the bar in the first place to drink away his sorrows.

6. His friends hit you up to talk

Make no mistake. His friends probably aren’t doing this unprompted. Your ex is probably getting them to talk to you so they can ask you about your life.

They’ll then relay this information to him so he can be in the know because he wants you back.

7. He’s always willing to chat about something

Basically, he’s a little too available. If you ever have to reach out to him for something and he texts you back almost immediately, you know he still wants you.

He probably turned his phone on loud the day you broke up, even though he normally has it on silent. This is just so he can hear your call or text the second it reaches his phone.

The main idea with this is that he’s always down to talk to you because he misses you and is hoping for the opportunity to get you back.

8. He lashes out at people close to you

Some guys aren’t good at handling their pain. If your ex had a bit of a temper, he might be one to lash out at your friends and family in regards to your split.

It might seem like a dick move, but it’s his way of showing that he wants you back. He’s frustrated by the breakup and just can’t get his point across like a mature adult.

9. He does stuff that you two talked about doing together

Now, this isn’t a huge deal if he was the one who came up with the idea in the first place, but if he gets a dog and names it something you both wanted to name your dog together, that’s a pretty big sign he wants you back.

At first, this might seem subtle but you’ll be able to notice a pattern after a while.

Ultimately, if you think your ex wants you back based on their actions, they probably do. It’s up to you to decide if he’s worth getting back with.

Do what feels right for you!