That terrible, sinking feeling you have when you realize that your husband… the most significant person in your life… doesn’t love you anymore.

It’s one of the most devastating things a woman can experience.

The worst thing about it?

You don’t really know if his love for you is gone or not.

That’s why I’ve created this list – 17 signs your husband doesn’t love you anymore – for you.

If you identify just one or two signs he’s showing, then you probably don’t have anything to worry about.

If it’s three or more…you may have a cause for concern.

But just knowing he doesn’t love you isn’t enough.

You want to do something about it.

If you want to learn how to use a proven technique to get his love and devotion back, check out the end of this article.

Or, if you’re impatient, just click here to learn how to text the romance back

He hates the way you talk.

The way you pour coffee in the morning.

The way you breathe.

Ok, I was kidding about the last one, but just slightly.

The bottom point is:

You can’t seem to do anything right.

If he’s always criticizing you for the smallest things, your marriage is in trouble.

That’s not a surprise.

So if he’s no longer interested in having sex with you that’s a big red flag.

It could mean he found someone else (see sign #18) or it could mean that he doesn’t care enough to be physically intimate with you.

Luckily, this is one of the easiest things to fix. (If you know how)

Just check out my guide – Dirty Talking Secrets – and you’ll be well on your way to bringing that flame and passion back into your bedroom.

To be fair, most men are forgetful about this kind of thing.

But if he can’t remember even the most important dates in your life – like your birthday for example – it means he just doesn’t even care enough to remember.

If he was always forgetful, this sign isn’t that significant…but if he once did, and now doesn’t remember those dates, you have a big problem.

4. He doesn’t spend any time with you

In some cases, absence does make the heart grow fonder, but there are limits to that.

If he’s spending all his time either at work or watching TV, it could mean he’s no longer as devoted to you as he once was.

5. He doesn’t care about your problems 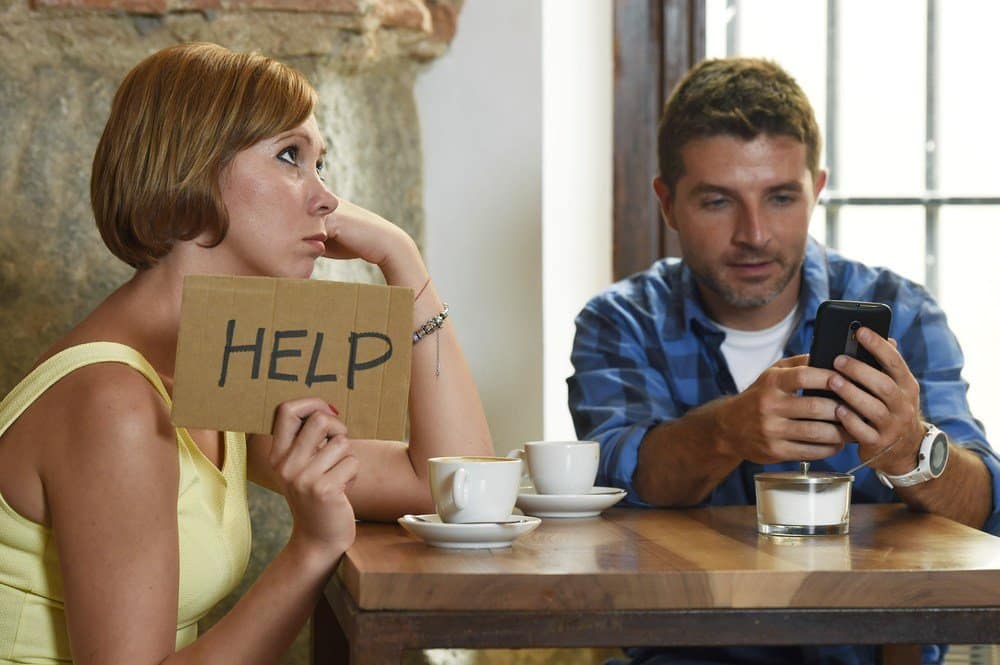 Whenever you try to open up to him with your worries and problems, it’s like there’s this huge brick wall separating the two of you.

It’s like no matter what you try, you can’t get through to him.

It’s driving you crazy trying to figure out why is he ignoring you, right?

Arguing with your wife is ok.

Being rude and downright disrespectful is definitely not.

He shouldn’t agree with everything you’re saying, but if he’s being an asshole to you, and hurting your feelings for no reason at all, that’s a sure sign that something is wrong. 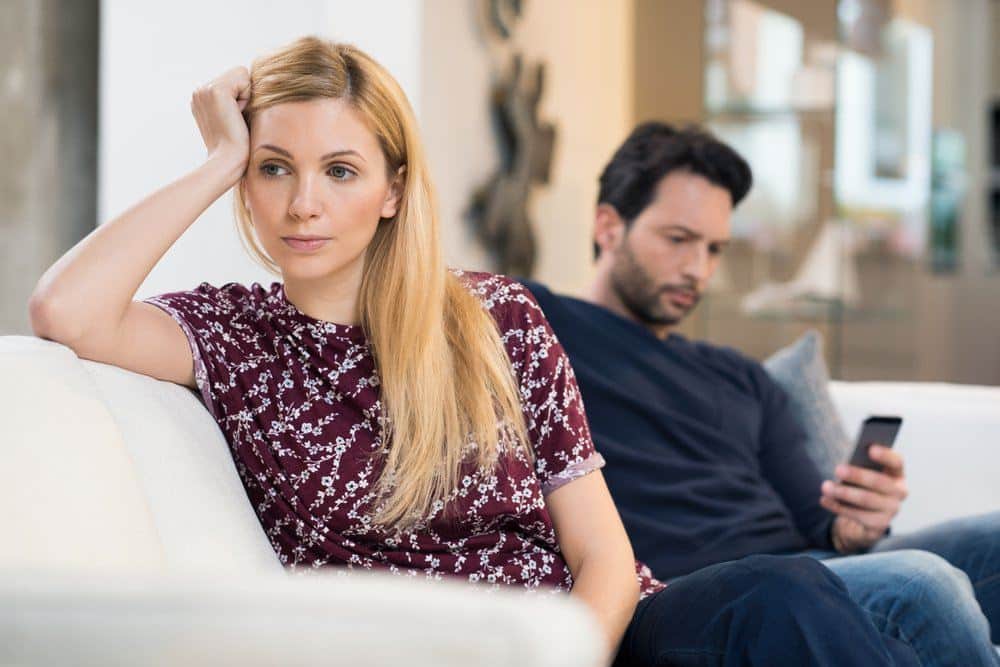 Communication is the key to success in any relationship.

But it’s mandatory to communicate if you want your marriage to succeed.

It’s a big issue if he’s cold and acting like a stranger in your own home.

Staying connected and communicating is what people who are in love do.

If he’s not doing that, it’s a sure sign that he’s falling out of love.

8. He doesn’t try to impress you

How he was trying to impress you and win your affection?

There isn’t much of that going on these days, is there?

In fact, you probably can’t remember the last time he tried to impress you.

Men try to impress the women they care about.

If he’s not trying to do that with you, it means his love for you is waning.

This is similar to the previous one.

And don’t misunderstand me – I’m not talking about buying a bouquet of roses every time you guys go out.

These could be small signs, like kissing you suddenly in a restaurant, or texting you from work to say he misses you.

But if he’s no longer showing you signs of affection, whether in public or in private, you have something to worry about.

10. He doesn’t want to work on your relationship 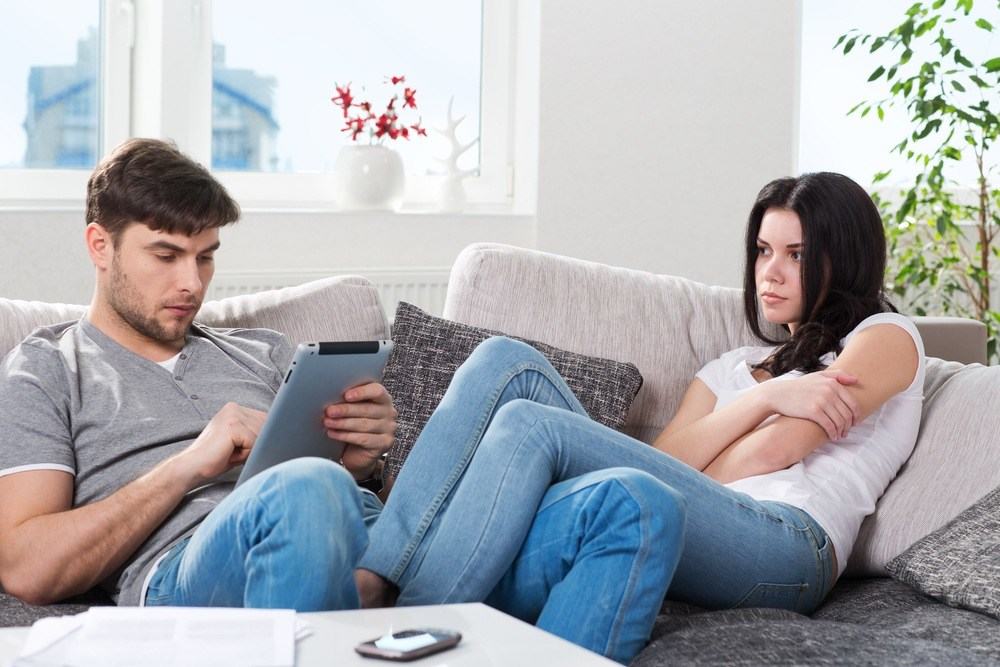 Maybe you’ve already reached out to him and tried to fix your marriage.

He just brushed you off, saying everything is fine.

Men are notoriously hard to get to talk about their feelings, but even the most unromantic men open up when they feel their marriage is in jeopardy.

If he’s not willing to do that, that just means he probably doesn’t care enough to put in the effort.

11. He no longer fights with you

On the surface, you’d think this would be a good thing.

Unfortunately, it is not.

If he no longer wants to fight with you, that means he doesn’t care enough about you.

12. He complains about you to his friends

Now all guys complain about their wives to some degree.

It’s just how married men bond with each other – the same way wives bond by gossiping about husbands.

What matters here is how he complains and what he says.

If he’s just letting off some steam, you have nothing to worry about.

However, if he’s constantly complaining about you, you need to talk with him and see what the problem is.

13. He’s not sharing his problems and dreams with you 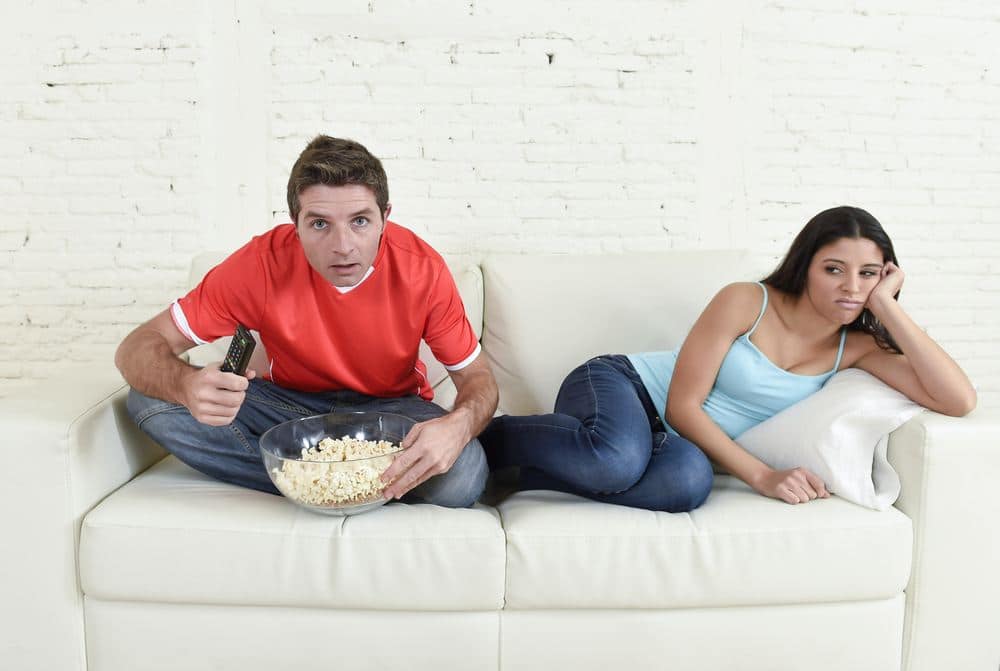 Men have difficulty opening up.

No big surprises there.

But once they do, they enjoy having a confidant – someone who’s in their corner, cheering for them, supporting them.

They love having that one special person in whom they can confide their secrets, desires, dreams and, yes, problems as well.

If he’s stopped doing that, it’s a sure sign his love for you is declining rapidly.

14. He blames you for all your marital problems

On the flip side, he can be sharing all of his problems with you – and blaming you for them.

If he won’t take the responsibility for his actions or at least claim that some of the problems plaguing your marriage are his fault, this is a big issue.

It means he’s deflecting responsibility and that he’s not even willing to work on your relationship. (See sign #12)

15. He’s flirting with other women

If his eye is wandering, then so is his heart.

If he’s flirting with other women, that means he’s not getting that excitement and passion he needs…that he craves… from your marriage.

16. You suspect he’s cheating on you 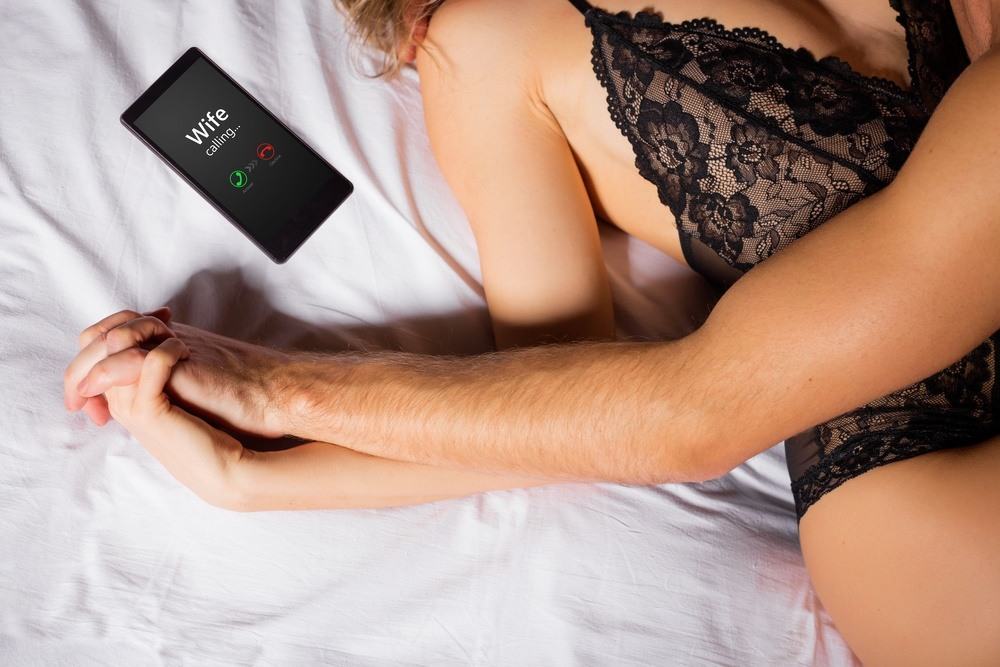 This is obviously a BIG red flag.

If he’s being secretive, coming home late with a woman’s perfume all over him, you need to pay attention.

Because if he’s cheating on you, or is about to, then your marriage is in real danger.

17. You’re searching for signs he doesn’t love you

If you’re already reading a list like this, it usually means you have a cause for concern.

Check your heart – what does it tell you?

Now that we’ve covered all the 17 signs your husband doesn’t love you anymore, let’s talk about what you can do to get his love back.

What to do now?

If you read this entire article, you might be forgiven for thinking that your situation is hopeless and that your marriage is heading towards a painful divorce.

This is not true AT ALL.

In fact, even though you might find this hard to believe, there is an incredibly simple, but powerful way to bring back the romance and the passion into your relationship.