The Foolproof Guide To Make Him Want You

So you’ve met this new guy. You started chatting. You’ve got all these butterflies in your stomach and you know he does, too.

A few minutes into your conversation, you can tell that you have awesome chemistry together.

You’re sure as hell that you’d be an amazing couple since you’ve obviously hit it off in an instant.

But here’s the thing: Does he feel the same way about you? If he doesn’t, how do you make him want you in a way that he never wanted anyone else before?

We know how many amazing women out there find themselves in this quandary: Girl meets the guy. The girl likes the guy. The guy doesn’t know or the guy knows but doesn’t care…just yet.

If you’re one of them, you’re on the right page. Here are six foolproof ways to make the man of your dreams want you in no time.

The less you tell him about you, the more he’ll grow to be interested in knowing you more.

So as much as you want to tell him about the play-by-play of your daily life, hold back. Be vague about what you’ve been up to lately. You’ll be surprised how you’ll get him to notice you more. 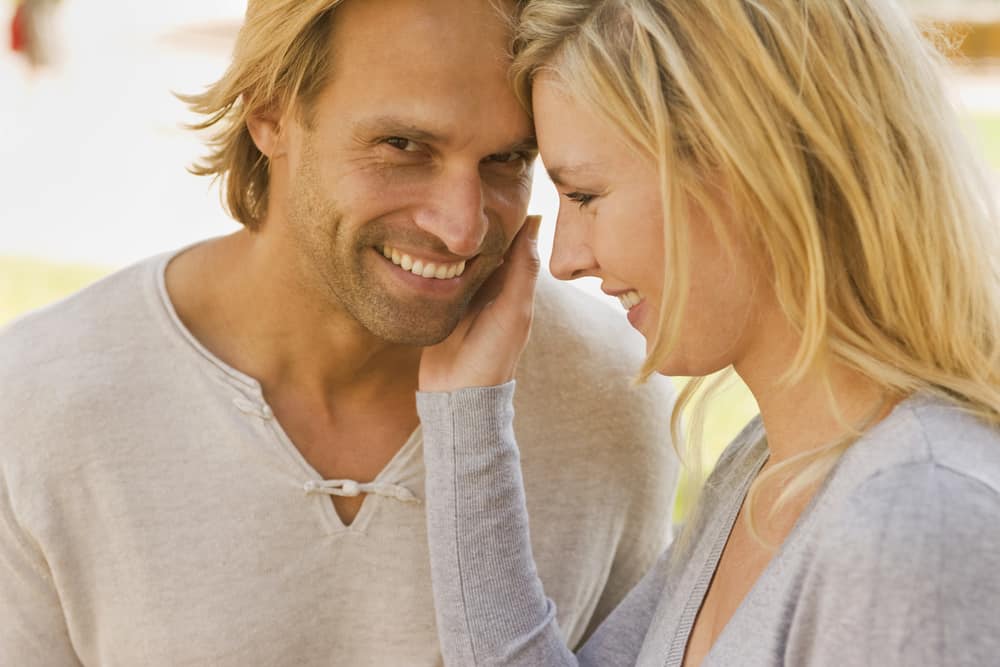 Giving your guy the unexpected touch can stimulate his nerve endings… leaving him craving for more.

So when you dine and you’re seated across each other, don’t ask him to pass the plate to you. Reach across him and let your breasts rub into his body “accidentally” instead.

If you want to touch him virtually, tease him by sending him flirty text messages. For the times when you call him and he doesn’t pick up the phone, leave a flirty voicemail message.

These subtle “accidental” moves will not only appeal to his physical senses but to his emotional side, too.

3. Give Him The Space He Needs

Men want to be needed but they do not want someone who is needy. So if you’re the needy type, it’s high time you change this obnoxious behavior, darling.

How? Here are three major don’ts to help you get started.

a. Do not text or call first.

Let him be the one to always initiate contact with you, at least for the time being.

b. Do not check on him all the time, wanting to know where he’s at and what he’s doing.

Seriously? Nothing can annoy him more or send him running away than this.

c. Do not be too available for him.

Make him a part of your universe only, not its center.

Focus on hitting your personal goals by working on your action plans. Go spend time with your girl squad. Honor and be consistent with your “me time”.

When it comes to making the man of your dreams want you more, variety is key. So go ahead and get that much-needed makeover. When you meet, he’ll surely be all over you.

You can also invite him to do something fun but unexpected like going for an outdoor adventure. This way, you not only get to show him your exciting side; you also get to want him to be always around you whenever possible.

Doing these things will make him miss you when you’re not together and want you more than ever!

5. Wear The Scent He Can’t Resist

Yes, you’ve read that right. Your personal scent can turn him on!

So if you want him to remember you, wear that perfume he loves every time you meet.

If you get to visit his apartment, spray a little discreetly. When he catches a whiff and he’s home alone, he’ll surely want to be with you right that second. If he can’t, well, that’s too bad for him.

6. Compliment Him The Right Way

It’s not normal for men to fish for flattery but that doesn’t mean that they don’t welcome ego-stroking from time to time. For this reason, be sure to throw the guy you’re attracted to a genuine compliment when the situation calls for it.

For example, if you’re out with him on a date and he looks gorgeous from head to toe, look straight to his eyes and tell him how you love his appearance. Hearing such sincere praise from you will reinforce the fact that you’re attracted to him, which will then develop (and intensify) his feelings for you.

So there you have the six main keys in getting a man to want you: mystery, anticipation, space, surprise, scent, and compliments.

Keep these tips in mind and put them into application consistently. You can thank us later when you see the results!

Time apart from each other sounds bad but in reality, it does more good than harm to two people who are in the early stages of romantic involvement.

Anyway, you both need time to recharge. It’s just a temporary separation, too. It’s not like you won’t see him ever again, right?

More importantly, there are times when you have to leave so you get him to stay with you. So whether it’s a day or a weekend that you need for yourself, go for it.

If he’s the one needing some time to unwind alone or with his buddies, give it to him.

I guarantee you. He’ll come back missing you like crazy and wanting more of you in his life.

Getting the man of your dreams to want you bad isn’t impossible. By following this foolproof guide, you’ll have him bound under your spell in no time.

He won’t ever want to be free.