How To Get Your Ex Back After He Moved On?

Finding yourself still in love with an ex can be a heart wrenching, difficult situation, especially if he’s moved onto greener pastures.

You need to figure out why you’re still in love with him, whether it’s because you miss the idea of him or you truly love him to the point where you believe that anything can be fixed, and you also need to establish whether he loves you back.

Figuring out how to get your ex back when he has moved on can be somewhat tricky. You certainly don’t want to come across as desperate or clingy.

The last thing you want to do is get hurt, but you do need to take a risk in order to see whether getting him back is even possible.

The end result may hurt or you may feel as though you’ve won the jackpot, but it’s definitely worth exploring your emotions and risking your heart in order to get anywhere in life and love.

Remember, love is risky and messy, and often heart breaking. However, if you’re doing it for the right reasons, going to extreme lengths to get your ex back will be worth it in the end.

Just make sure to check out the fool proof guide to make him want you for some good pointers before you go any further.

If he’s moved on to another girlfriend, regardless of where they may be in their relationship, it’s important to pull out all the stops in order to get him back.

Remember, he found someone else to replace you, so you need to show him that his replacement is a step down from you.

If you haven’t contacted him in a while, it’s time to do so now. You need to establish a friendship in order to show him that you don’t want anything more than that.

His new girlfriend may not like it, but he’s a grown man in charge of his own decision-making methods.

When trying to figure out how to get your ex back when he has moved on, showing him that you’re busy living your own life independently from him will enable him to see that you can live without him just fine.

It also proves to him that you’re no longer sad or depressed, but actually quite content.

The key to getting your ex back is to rekindle old memories that made up the happiest moments in your relationship.

Remember, the mind is a powerful tool, and if you’re able to mess with his mind a little bit, you’ve won half the battle.

Resurrecting old memories will enable him to look past the reasons why you broke up in the first place, in order to reignite the spark.

Who knows, the spark may turn into a full-fledged flame once again.

Hand out the candy for a little while. Now, I’m not saying you should sleep with every man you see, but it is important to see what’s out there as well as possibly stoke a little jealousy.

It may appear that he has moved on, but maybe it’s all for show.

Exploring 5 unique ways to get a guy to notice you will create new love interests as well open your ex’s eyes to the fact that you’re desirable, and in demand.

6. Get over your desperation.

Men avoid desperate women at all costs. Thus, without completely losing interest in him, you need to ensure that you don’t appear desperate to him.

Never make it too obvious that you want him back until you’ve tried everything else in the book.

Getting your ex back simply won’t happen overnight, especially if he has moved on already. Thus, having patience will carry you through it.

Give yourself a cut-off date for when you need to move on, but don’t give up before then.

Confidence is key when it comes to figuring out how to get your ex back when he has moved on.

Put on your high heels, wear a little bit of makeup, do your hair, and strut your stuff when you know you’ll bump into him.

Show him who you truly are. You’re no longer the shy girl he once knew.

Men always want what they can’t have. Thus, it may be the oldest trick in the rule book, but playing hard to get could be the answer.

If you do sense some flirtation coming your way, pretend as if you don’t notice.

Flirt with someone else in front of him, which brings us to the next point.

However, it’s important to do it in a subtle way where he may become confused whether you’re flirting with him or simply being nice.

Discover these 7 great ways to get a guy to like you.

Any man who cares definitely won’t enjoy being confused. It’ll bother him to the point where he may say something.

This leaves you with the perfect opportunity to be extremely honest with him and also potentially make a move.

Timing is everything when it comes to getting your ex back when he has moved on.

If you wait too long, he may become too invested in his new girlfriend.

Going after him too soon could result in him not getting over why you broke up in the first place, messing up any plans you had.

Texting is an easy way to get in contact with him, especially if you want to keep it a secret.

His current girlfriend can’t check his messages as it would mean a breach of trust.

However, if he tells you not to text him, it’s a good sign to move on. It means he has become too invested and is in love.

Whether you need to figure out how to share a pet between two households or you forgot to return expensive jewellery, it’s important to find a chance to schedule a ‘meeting’.

Don’t call it a date even if that’s what you’re hoping for it to be. Find alone time with him, without his new girlfriend.

14. Appear happy in your own life.

Happiness attracts positivity. So, if you’re trying to find out how to get your ex back when he has moved on, the best way to Show him what he’s missing out on is to be happy.

He’ll wonder why you’re so happy without him or find ways to be that happy with you.

It may even be that he starts running back to you instead of you having to convince him that he should be with you in the first place.

Besides, who doesn’t want to be surrounded by a happy, positive type of person? 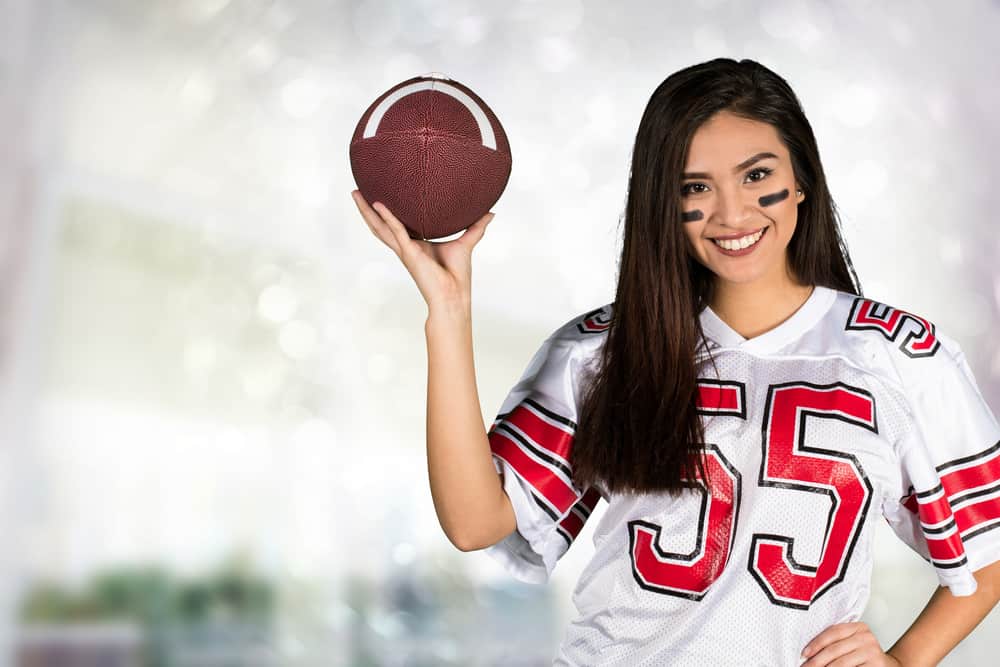 Not a big fan of football? Who cares!

Guys want to see whether you’ll be compatible, whether he’ll be able to enjoy certain activities with you.

Show an interest in your partner’s interests (even if it’s just for show), and he’ll definitely imagine you as a couple again.

Remember, though, you have to continue to enjoy his interests with him, even after you’ve managed to win him back.

If not, it’ll seem as if you faked it simply to get him to like you again. It could end badly.

Men can’t read our minds. You may be flirting your little heart out and throwing out signals every chance you get, but some men simply don’t see them.

Sometimes, telling him that you want him back without beating around the bush is the best approach.

In fact, some men prefer brutal honesty more than your trying to reveal your true feelings subtly. Remember, it’s now or never.

You might as well risk it all or leave it as is. At the end of the day, what you put in is what you’ll get out.

Being on social media can be an enormous advantage when it comes to showing him that you’re enjoying life without him.

As unlikely as it may sound, showing off on social media how well you’re doing by yourself could cause a feeling of emptiness and longing in him for what he has now lost.

At some point, you need to stop being afraid to make the wrong move by simply taking charge and wearing the pants in this particular situation.

Some men like women who can be dominant at the right times.

Whether it means that you need to kiss him first or seduce him with a sexy photo, or simply learn how to flirt with a guy over text, give it everything you have.

It doesn’t mean that you have to stalk him in order to figure out his every move, but if you’re able to conveniently bump into him whilst looking amazing, why not?

Be sure that your hair is done and your legs are shaven. Wear a little bit of make-up and a sexy dress. Show him what he’s missing.

Which guy doesn’t enjoy a risqué photo from an attractive woman? Purchase new lingerie, shave your legs, do your makeup, and take a few photos without revealing it all.

The quickest way to a man’s heart is through his stomach. It has never changed and it never will.

So, if your cooking skills aren’t up to scratch, take a few cooking lessons online.

You want to be able to impress him and show that you’re girlfriend material (in case he forgot).

Go for a few self-defense courses if you must. Learn to shoot a gun. Come across as a badass.

It’ll show him that you’re independent and able to take care of yourself.

As much as certain men don’t want to admit it, badass women who are still able to wear skirts are sexy.

Being honest and sincere may be the only card you have left to play after you’ve tried everything else.

Regardless of why the relationship ended in the first place, perhaps it’s time to be true and open about your feelings?

You may not get the same response but it’s worth a try.

Join a gym, purchase cute outfits to wear to the gym, lift a few weights, and break a bit of a sweat. Sweaty girls who care about their bodies are sexy.

Sexy girls in yoga pants are even more attractive.

25. Figure out why you want him back.

Most importantly, trying to figure out how to get your ex back when he has moved on requires you to figure out why you want him back in the first place.

This answer will determine whether it’s worth putting yourself out there again, with the same man.

Regardless of why you want him back, you’re obviously still thinking of him, enough to figure out ways to get his attention once again.

You have to put yourself out there in order to achieve results.

Figuring out how to get your ex back when he has moved on can be tricky. You want to appear confident and fun, allowing him to see the person he could be spending time with, but you also need to ensure that you’re able to keep it up.

Getting him is one thing, but keeping him is another, especially if the initial problem of why you broke up in the first place still isn’t resolved.

And don’t forget, every minute you spend searching online for the answers on how to get your ex back is a minute more that he might be getting over it, You would…

So stop waiting around and take action.

Put your head in the right place, organize your thoughts, and talk to him!

Life happens, no matter what happens, you’ll get over it and it will be amazing.