The Easiest Way To Get Him In The Mood

It can be hard competing with all the things distracting your man:

You have him all to yourself at home.

Yet he just doesn’t seem to want to get all hot and steamy with you like he used to.

It gets tiring after a while, right?

But don’t let your frustration get the better of you.

Learn about how to get him in the mood with these simple tips.

Before we get into the nitty-gritty of this, always remember that just because I say easy it doesn’t mean you won’t have to brush up your skills a little.

But trust me, the reward is worth the effort.

We’ll get to the easiest way a little later on but for now we’ll look at some simple points.

And don’t rush – the following tips are useful and you should still use them.

There’s some great advice in this article.

There are over 10 tips there, but I want to cover what I think are the best here.

You already know that your boyfriend or husband is turned on by what he sees, right?

So why are you wearing unflattering casual clothes?

Slip into something that triggers his caveman instincts.

Even better, make him dinner while wearing your sexy ensemble. Most guys will love the combination of a submissive housewife with a raunchy sex kitten.

Of course, slap his hands away if he comes prowling…

He has to wait until dinner’s ready before eating.

Men sometimes get tired of being in control all the time. We love to dominate but we also like to relinquish control some of the time.

Tell him in no uncertain terms what you’re going to do to him that night.

Tell him he doesn’t have a choice in the matter either.

Watch as his eyes light up with a combination of curiosity and arousal.

You’ll obviously have to discuss in advance the limits of your play when it comes to domination. Discuss what you’re both interested in and what you like and don’t like, and create a safe word.

So this one will take a little forethought, but it will be well worth it.

You’ve got to be sly with this one.

Is he more interested in watching TV than in making love to you?

It’s time to get him to rearrange his priorities.

But if you march up to the TV and just switch it off, he might take it the wrong way.

Unless, of course, that’s part of your bossy bitch plan.

I suggest that you hide the remote somewhere in the bedroom,

He’ll start searching for it, but don’t let this go on too long.

Just long enough before you explain to him that he’ll have to come and get it.

Make him work for his relaxing comforts like TV or video games. You first, that second.

And what else would I add to these tips? 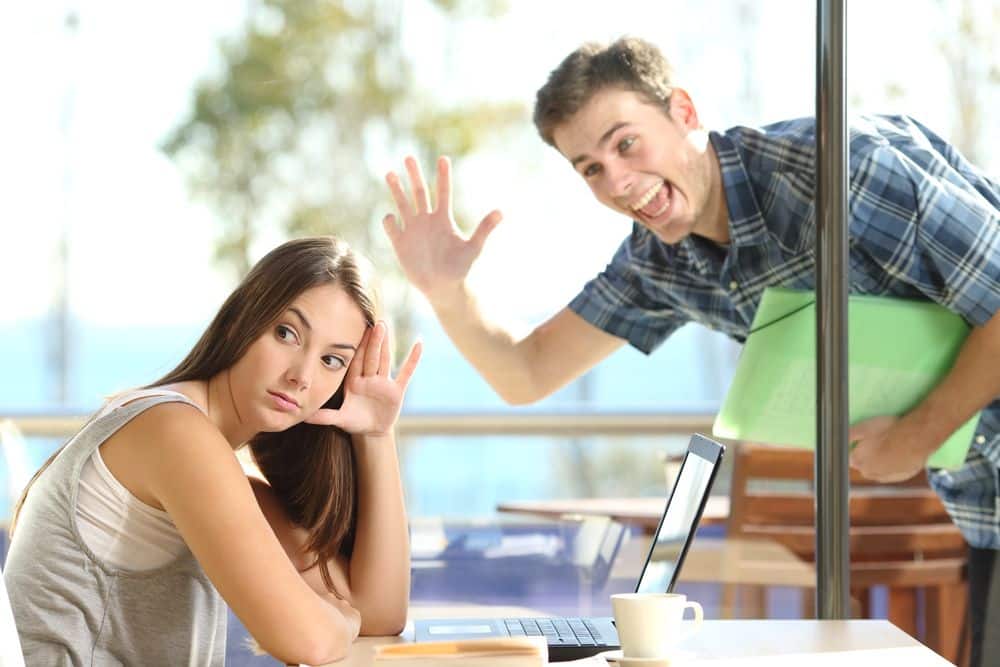 This tip will definitely confuse some of you. You’re thinking, I want to get him in the mood, not piss him off!

(If you are having trouble with him ignoring you, be sure to read about how to turn the tables)

That’s why I suggest you play around with this.

Try taking a while before responding to his text messages.

If you come home and he’s playing video games, yet again, don’t say anything to him, but just smile.

If he insists on watching TV, just ignore him when he asks you something.

He could get the message that his lazy habits are not pleasing you, and turn his focus to you instead, allowing you to focus on turning him on.

Maybe your man will react positively.

Either way, it will get him thinking. Try it, and discover his reaction.

You’ve been patiently waiting for me to share with you the No. 1 way for how to get him in the mood.

You’ve got to understand that the path to a man’s arousal is not through his body, but through the largest male sex organ:

Yes, you’ve got to learn how to activate his sexual circuitry.

The good news is, you already know how to do this.

You seem to be able to do it sometimes, but others, well, why else are you reading this article?

If you want your man to be obsessed with you, addicted to you and unable to keep his hands off you, you’ve got to learn how to talk dirty to him.

And no, this doesn’t mean that you need to become a street whore or a slut.

You’ve simply got to discover the proven techniques in how to communicate intimately with your boyfriend or husband.

The great news is that we’ve made it so easy for you.

When you learn to talk dirty to your man, you’ll have an arsenal of ways to push his buttons, exactly when and how you like.

Right now you’re fed up because of your lack of control. And I get you – there’s nothing worse than being so close to something, but being unable to have it.

Our proven program teaches you, step-by-step, how to discover your man’s sexual triggers, and how to tease and tantalize him as and when you choose.

Sounds a little too good to be true, right?

The catch is that you have to be prepared to do a little homework. We explain exactly what to do in the Dirty Talk Secrets guide.

But it will take a little time. You need to uncover your man’s sexual fantasies, and then how to play on them.

Well, put it this way: you’ve now got the easiest way to get him in the mood, and gain all the sexual satisfaction you’ve been craving.

So, take action now and stop settling for a mediocre romantic life.

Check my book on how to talk dirty to a guy and make a difference in your life!