And even though we’ve got so many additional choices nowadays, it is still one of the most powerful vibrators on the market.

After 20 vibrators and over 30 hours of testing, I narrowed down my choices for the best wand vibrators to these 7.

Each of them will stimulate you beyond your wildest dreams; however, there are some subtle but important differences. 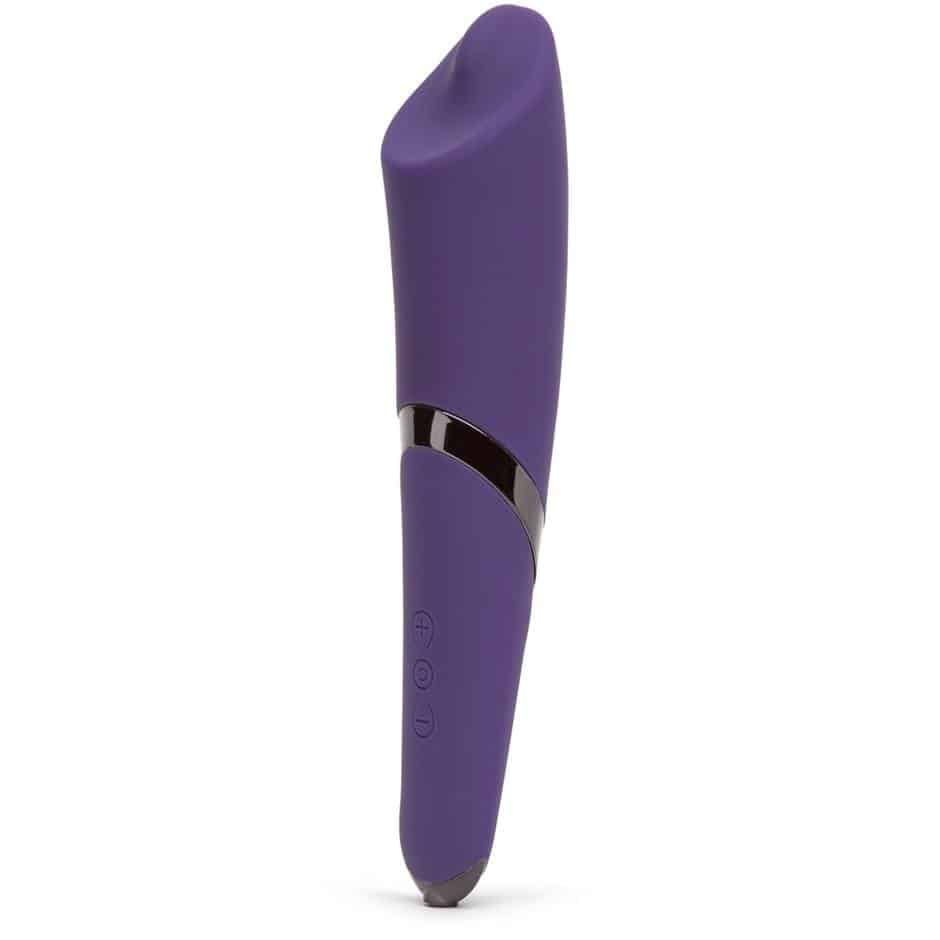 I’ll do my best Billy Mays’ impression and say: But that’s not all!

Some women say that battery-powered toys are not that powerful.

With 10 functions – 7 vibration patterns and 3 speeds – this mini wand is not lacking in options. But the biggest surprise for me was the strength of the vibrations, especially on the higher levels.

I found it almost impossible to stay still and quiet while using this toy. The vibrations were so strong I could feel them numbing my hand. 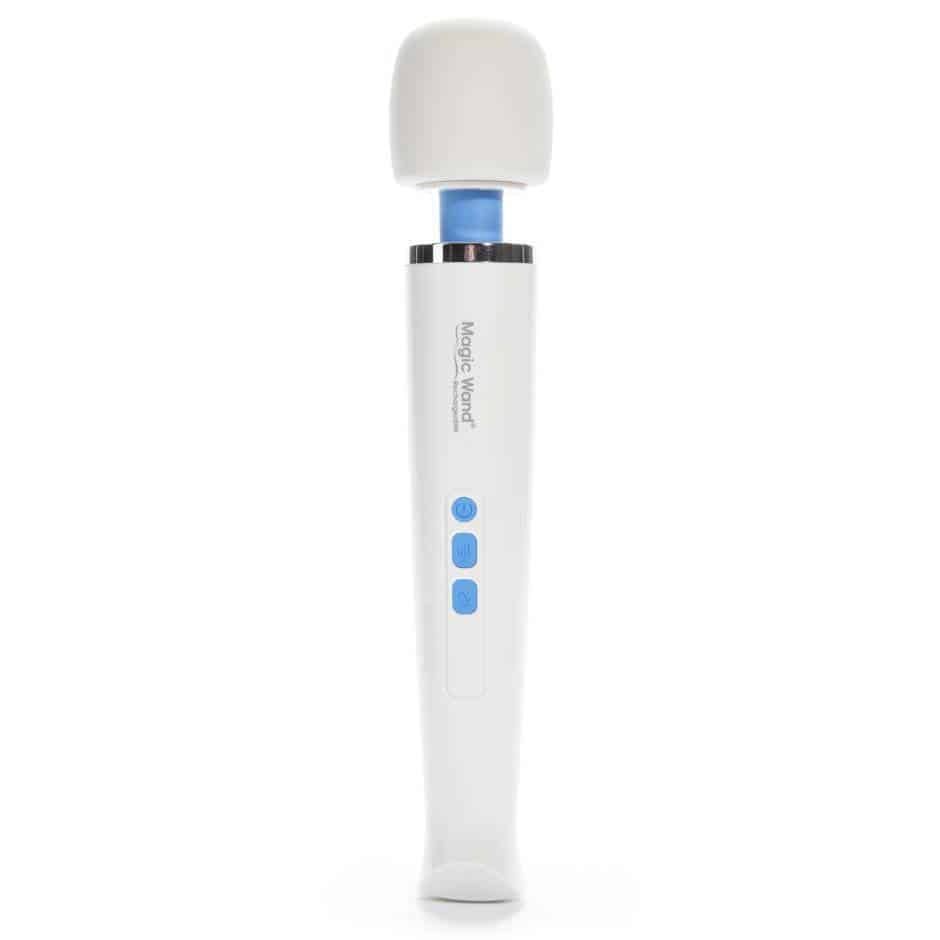 This is the magic wand that has brought millions of women happiness and orgasms over the last 30 years.

And, surprisingly, it’s still one of the best wand vibrators today.

The only major difference from the 1968 version is that they removed the cord, so you’re now free to use this bad boy anywhere in the apartment.

But other than that, this toy is still one of the most powerful wand vibrators on the face of the Earth. Despite its simplistic design, it’ll give you orgasms so powerful you’ll feel your toes curling and your eyes rolling to the back of your head. 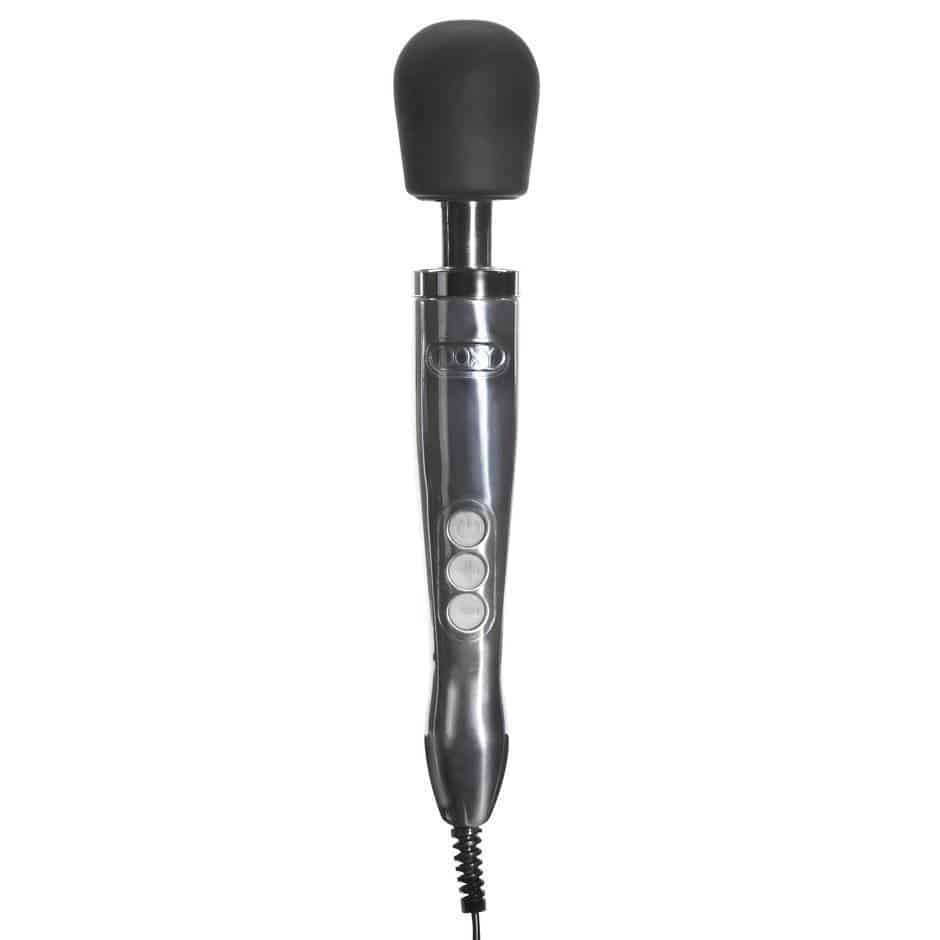 It’s probably one of the most powerful vibrators on the market today, but still quieter than many other, lesser vibrators. At a max speed of 9,000 RPM, this wand is a beast. Unlike some other wands, this toy doesn’t produce buzzing sensations. Instead, it produces deep, rumbling vibrations that will send you to the moon and back. 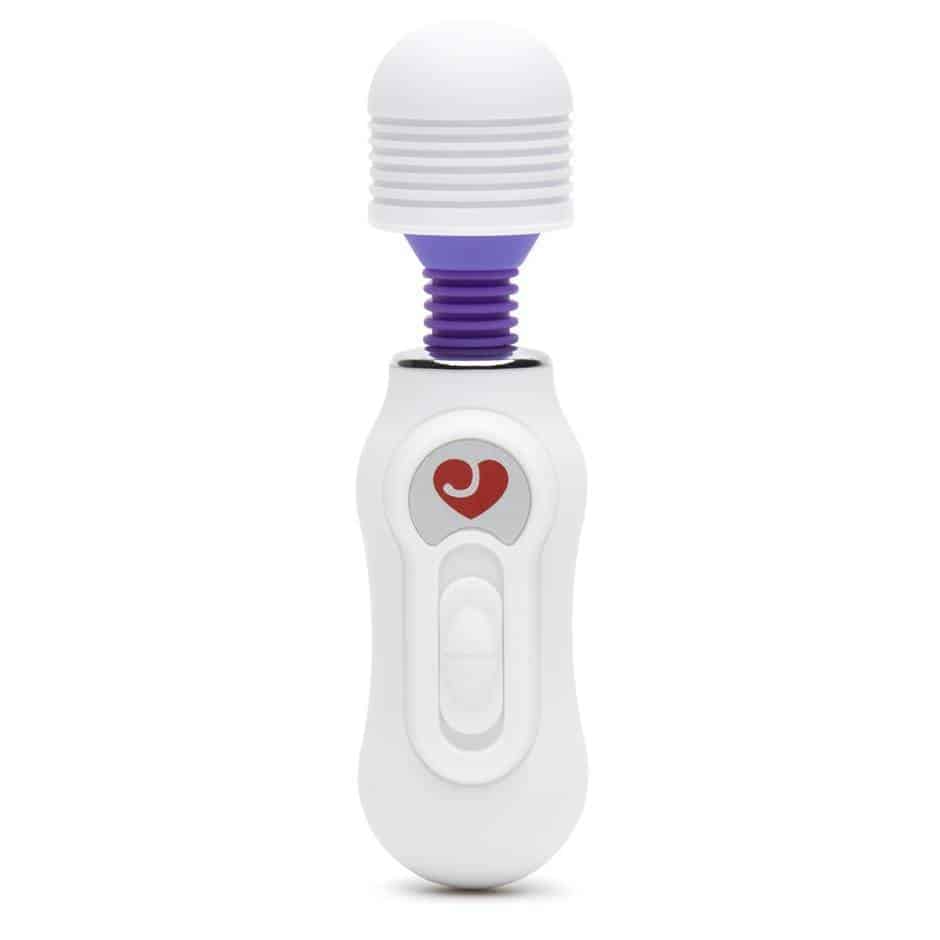 Maybe you don’t have hundreds of dollars so you can buy the best of the best wand vibrators.

Maybe you’re on a budget and just want something affordable, simple, but something that can still pleasure you.

If so, Lovehoney’s Micro Wand is your best choice.

The handle is ergonomically designed to allow an easy and effortless grip, and its silicone head feels velvety on your skin. 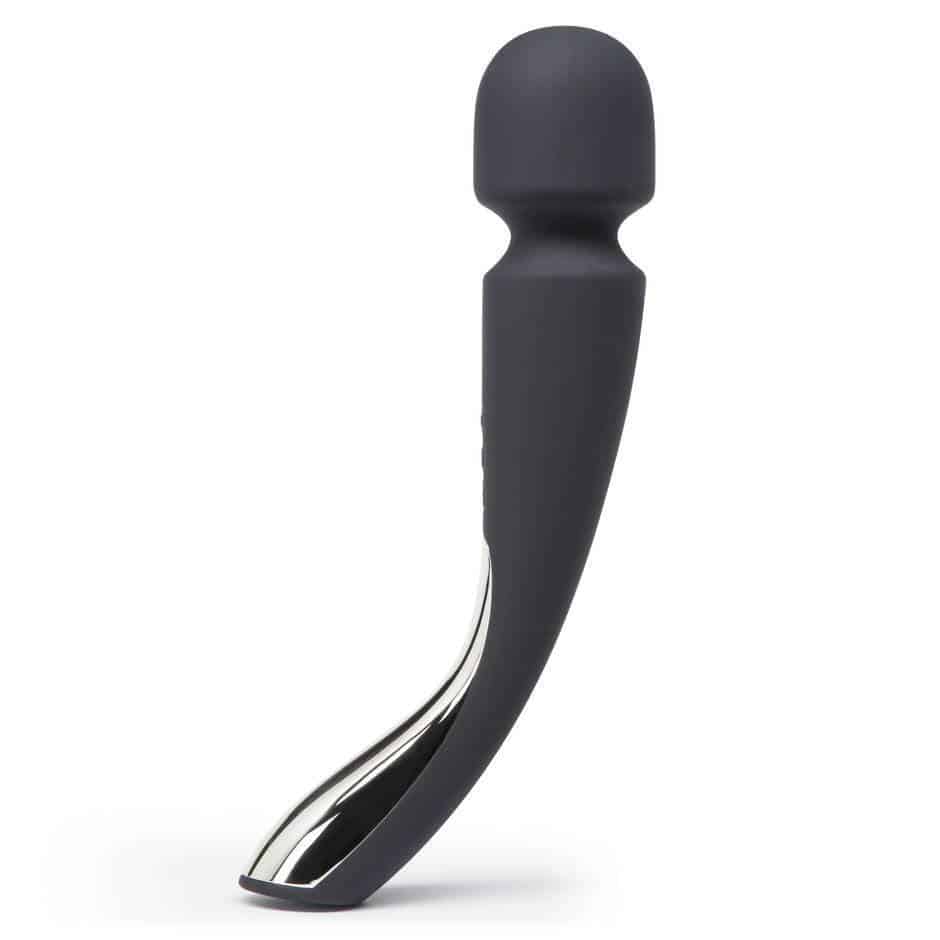 To top it off, the wand is completely waterproof, so you can have all sorts of aquatic fun with it. 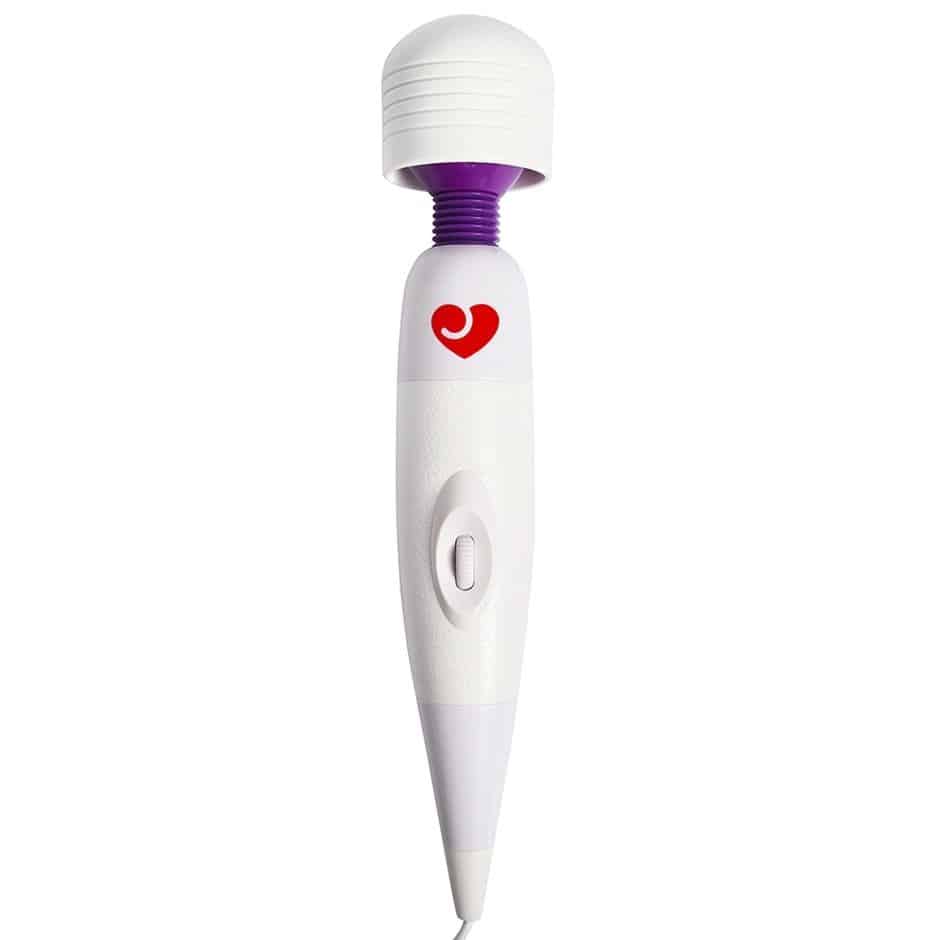 Lovehoney is famous for making affordable, but powerful toys.

This baby is powerful. It’s definitely one of the most powerful vibrators I’ve used so far.

In fact, it’s so powerful I hesitate to recommend it to beginners. They might feel overwhelmed at the sheer force of this wand.

To avoid that, be sure to use a LOT of lube during your playtime.

This wand is best suited to women who are looking to upgrade from those cute little rabbit vibrators to something more serious and robust.

Now, on the downside, this toy is pretty loud. In fact, between my moaning and its buzzing, I started wondering if I should soundproof my walls. However, if you’re using it properly, you should be louder, so it shouldn’t be that much of a problem!

Let’s first start with the design.

Classical wand vibrators come with a bulbous head and a long handle. It’s a time-tested and proven design that still works. However, there are some new designs out there that are really going to shake things up.

As a rule of thumb, battery-powered toys are usually weaker than rechargeable toys. (Although, as we’ve seen with Tracy Cox, there are exceptions).

Another common-sense guideline is that smaller vibrators are less powerful than the larger ones. What you gain in power you lose in portability and ease of use, so there are always trade-offs.

Whew, that was a lot to write about!

When you add the fact that it’s relatively inexpensive and extremely durable, investing in this toy is a no brainer. It truly is a woman’s best friend.