The 7 Best Bullet Vibrators You Can Buy Today

Then you’ve come to the right place.

If you’re not familiar with them, bullet vibrators are small, clitoral stimulators that are shaped like, well, bullets.

And while they are lacking in size, they more than make up for it with discretion, power, and affordability.

Let’s start with the best of the best, shall we?

With “Supersex” in its name, this toy has set a high standard. Luckily, this toy lives up to its name and then some. First, this thing is powerful. In fact, it’s one of the most powerful vibrators out there, period. Even though it’s charged by 1 AAA battery, it generates more power than some high-end rechargeable vibrators I own. It only has one speed, Second, it’s extremely easy to use. It only has one button to turn it on or off. It only has one speed, which can be either a good or bad thing (depending on if you like versatility). Thirdly, it’s very discreet. It looks like something you can carry in your purse and most people will think it’s part of your makeup arsenal. This makes it a go-to toy if you just want to have a quick orgasm in a public place. Bottom line: if you want an affordable but powerful bullet vibe that will provide a quick release, Tracey Cox is your toy. 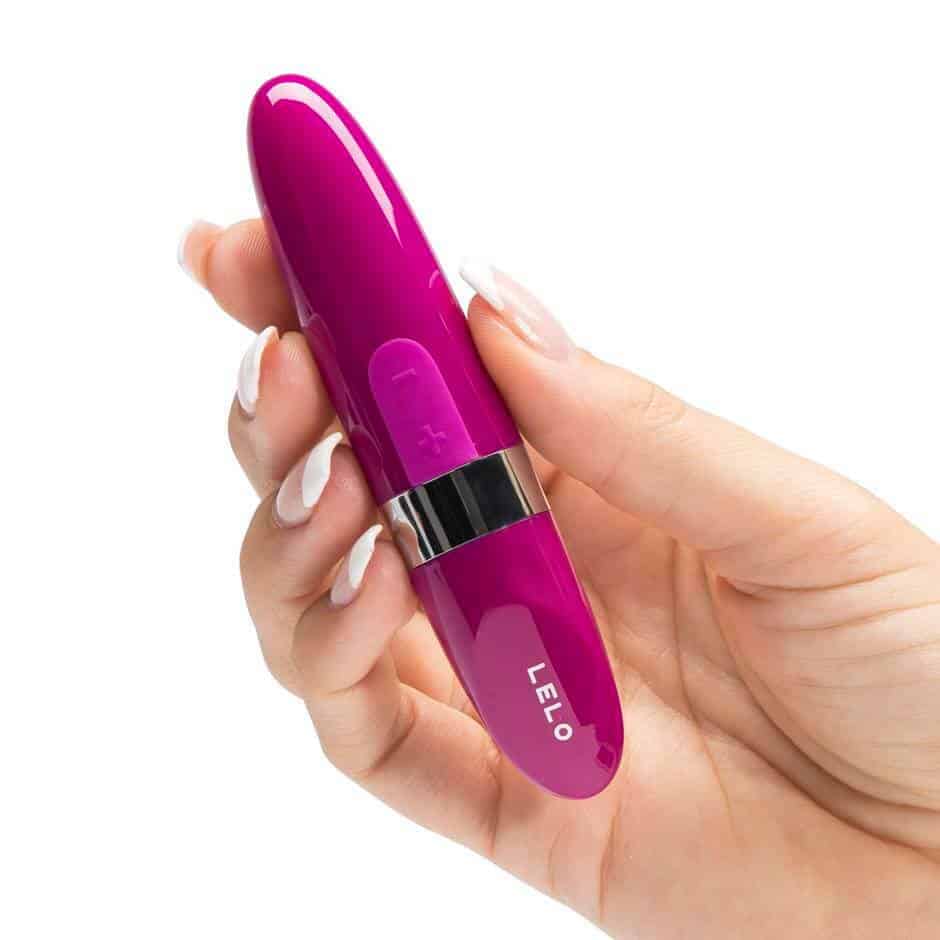 If you have a bit more money to invest, you might be interested in Lelo Mia 2. This top-of-the-line vibrator is an update of Lelo Mia, with double the power and a lot more options packed into this small 4.5-inch toy. It comes with multiple vibration patterns, each with its own adjustable power level. The vibrations are a perfect middle ground between deep, rumbly vibes of internal vibrators and weak, buzzy vibes of cheaper clitoral vibrators. As a cherry-on-top, this little guy is USB-rechargeable, so you can forget about trying to find and constantly replace batteries. Just plug it in any device with a USB port and in 2 hours it’ll be at full capacity. Easy peasy. 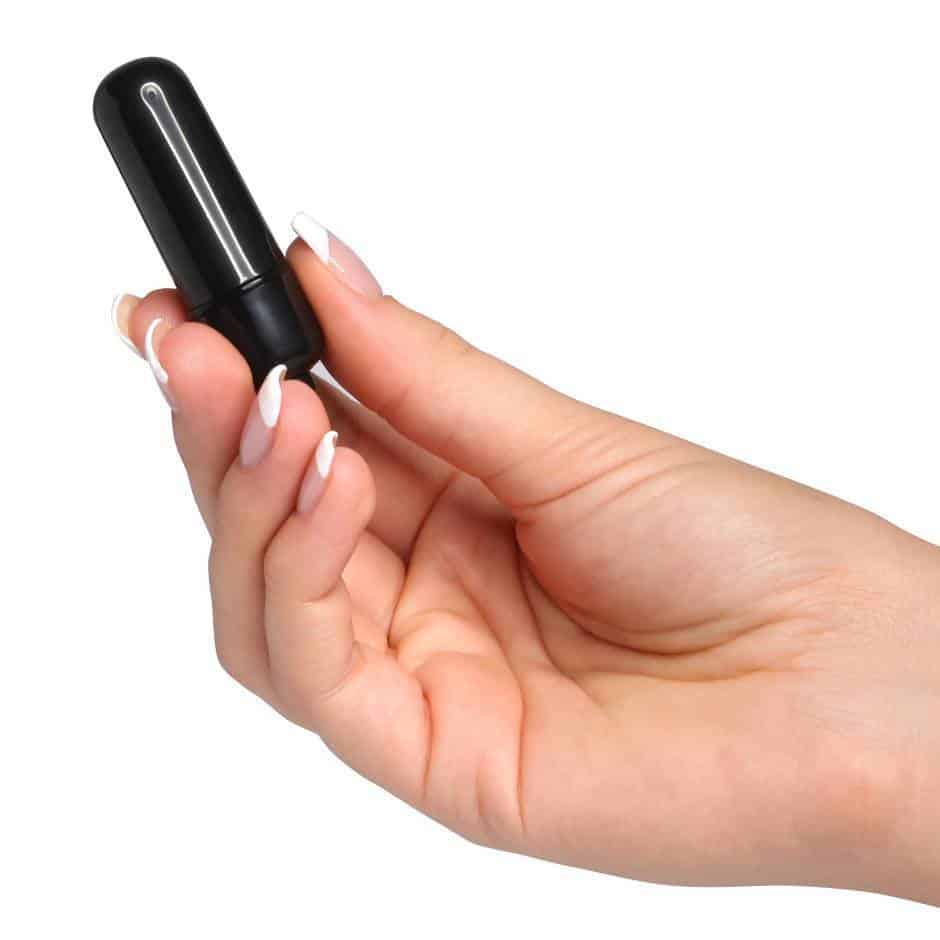 If you’re strapped for cash, and can’t afford the high-end vibrators, consider this bullet from Lovehoney. Not only is it cheap even for a bullet vibrator, but it’s also reasonably strong. It has 3 speeds: slow, fast, and really fast to suit your different needs. The speeds are controlled by a single button on top of the toy. For a cheap toy, it’s surprisingly versatile. It’s waterproof and whisper-quiet, which means you can use it anywhere and not be heard. It’s powered by 3 LR44 batteries, which come with the device. This saves you money and time so you can immediately use it as soon as you get it in the mail. 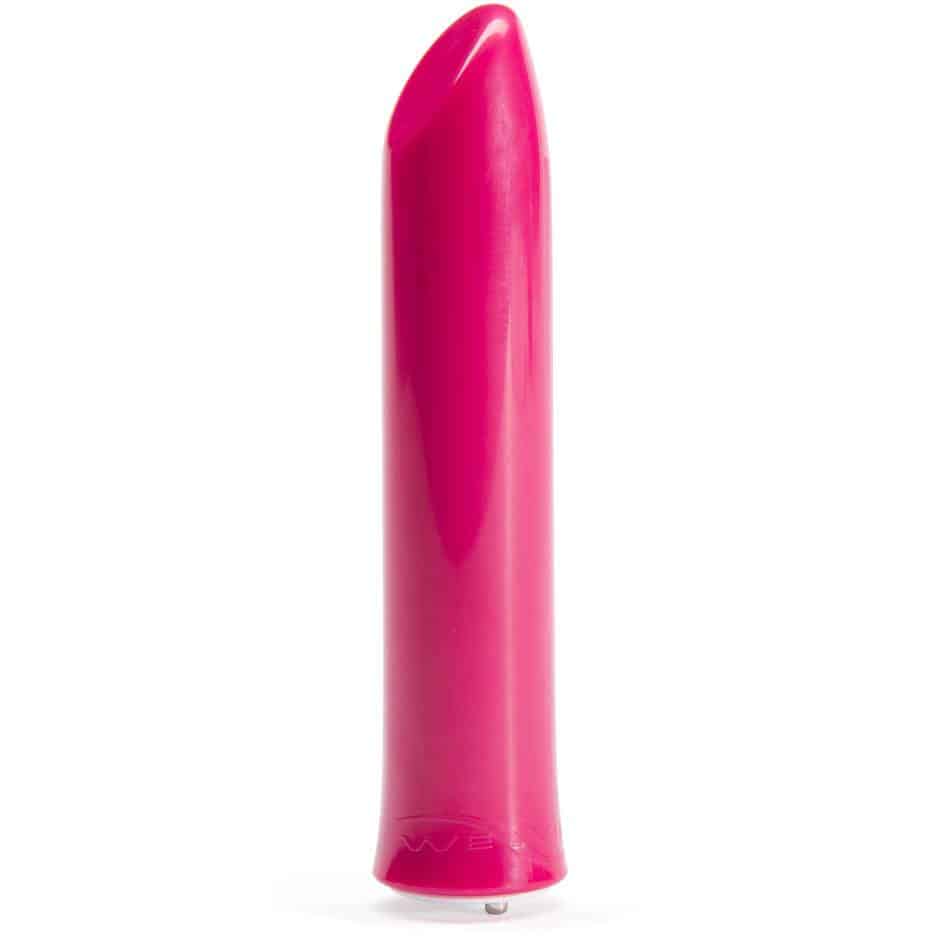 In a world where most bullet vibrators have weak and buzzy vibrations, We-Vibe Tango rises above the pack. Even on the lowest settings, the vibrations you’ll get are deep and rumbly. It’s unlike anything I ever felt from a bullet vibrator. If you require strong, deep vibrations to have a climax you’re going to love this toy. This toy is USB-rechargeable and the battery life is quite good – you get up to two hours of playtime on a full battery. Although, that depends on how much you use it and abuse it. If you’re only using it on the higher speed settings, you might only get between 30-60 minutes of use time. Luckily, it comes with a “charge me” light that will start blinking when the battery is getting low, so you won’t lose power unexpectedly. It has 8 settings – 4 speeds and 4 patterns. The speed settings range from slow to ultra-fast, while the vibration settings are a mix of waves and pulses. Either way, you’ll have plenty of options to keep you satisfied. 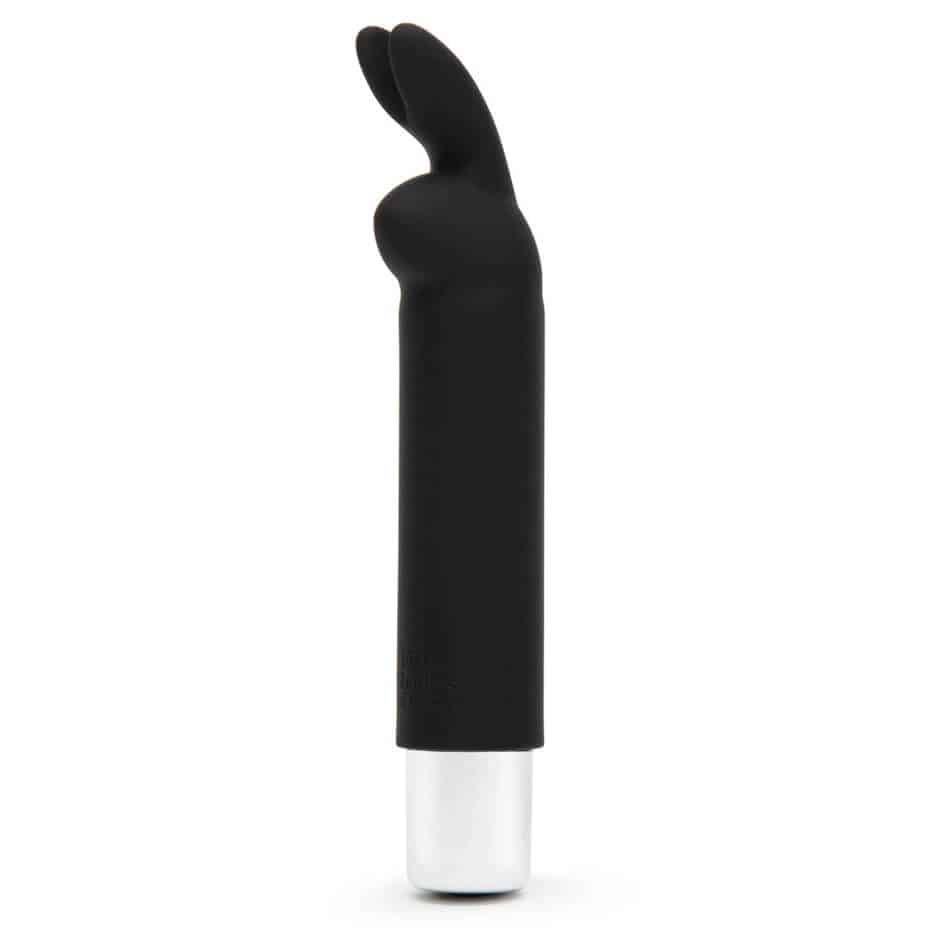 FSOG brand has some excellent vibrators. In fact, one of its vibrators is at the top of my G-spot vibrators list. Their vibrators are powerful, well-made, and they don’t let you down. This little bullet is no exception. First off, most bullets – even the good ones – are made of plastic. It usually gets the job done, but it’s still not completely satisfying. This bad boy is made out of soft, luxurious silicone that looks and feels amazing. Additionally, it’s body-safe and waterproof, so cleaning it is easy as pie. Next, you’ll notice that it comes with two bunny ears at the top. These are not just there to look pretty. You can use them in several ways – I like to position my clit between them and then turn it on. The ears allow you to explore your clitoris and find your most sensitive spot. When it comes to power, I have to admit it’s a bit buzzier than some other bullets. If you’re a beginner or even an intermediate user, this shouldn’t be a problem. However, if you’re a power queen who only wants to strongest, deepest vibes, I suggest you check out We-Vibe Tango. It’s much better suited for those needs.

Best for women interested in a soft, silicone bullet 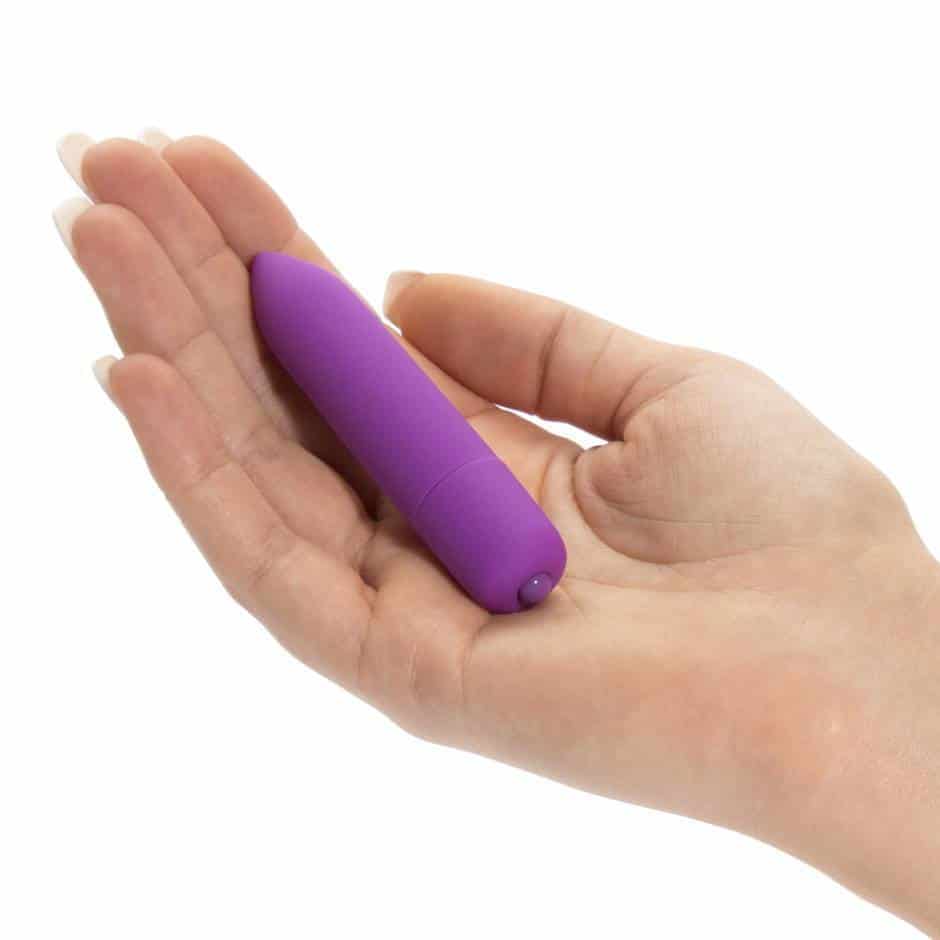 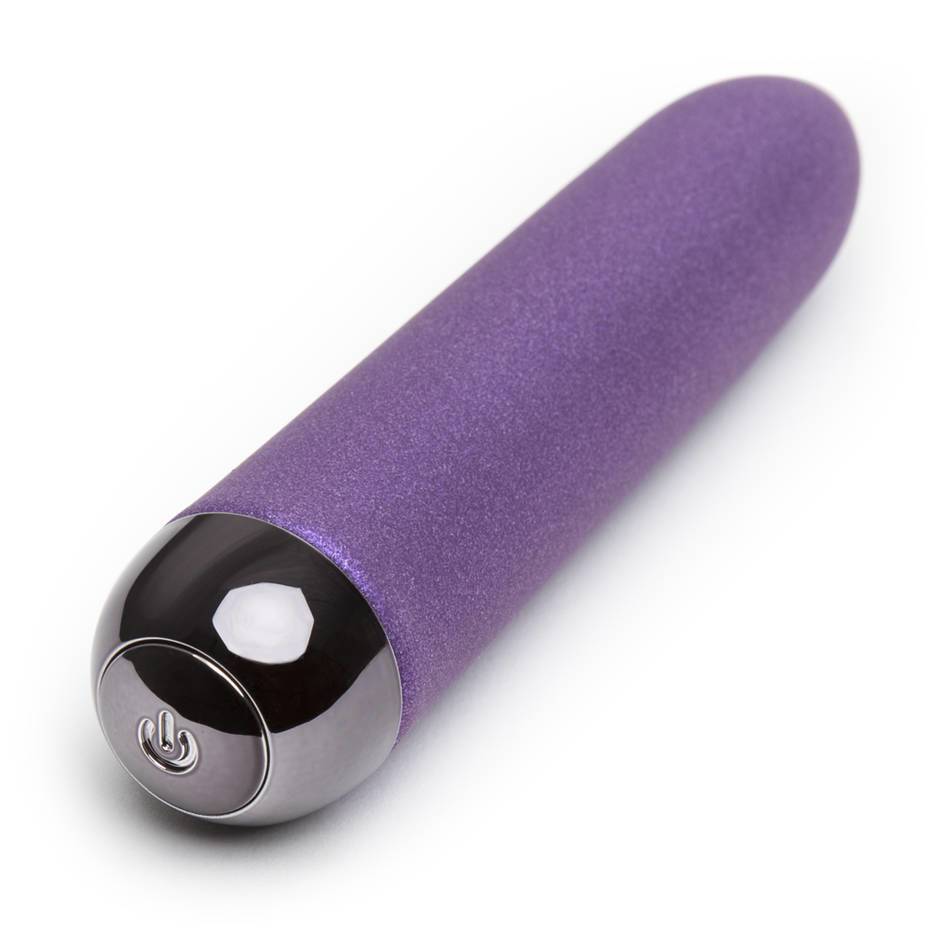 The main draw of this toy is the incredible number of functions it has – twenty, to be specific. They consist of 3 speeds and 17 different vibration patterns.

Now the problem is that this toy only has one button, so you have to cycle through all speeds and patterns to find the one you like. Did you accidentally skip it? Sorry, you have to start all over again. This gets annoying really fast, but I still prefer to have a lot of options.

Bullet Vibrators 101: Everything A Girl Should Know

The small, non-threatening size and reasonable price of bullet vibrators make them a great option for beginner sex toy buyers.

If that’s you, and you’re wondering what you should know before buying one of these toys, read on.

Bullet vibrators come with several pros and cons of which you need to be aware of before investing in one.

Next, they are pretty affordable. While I’ve listed some of the more expensive bullets here, most are them are under $50 – while a good portion is below $20. This makes them ideal for people on a budget and first-time buyers.

They are usually charged with batteries, which isn’t the best option since they have to constantly be replaced. Some of them are USB-rechargeable, which is better since you can just connect them to any device with a USB port and it’ll start powering up. 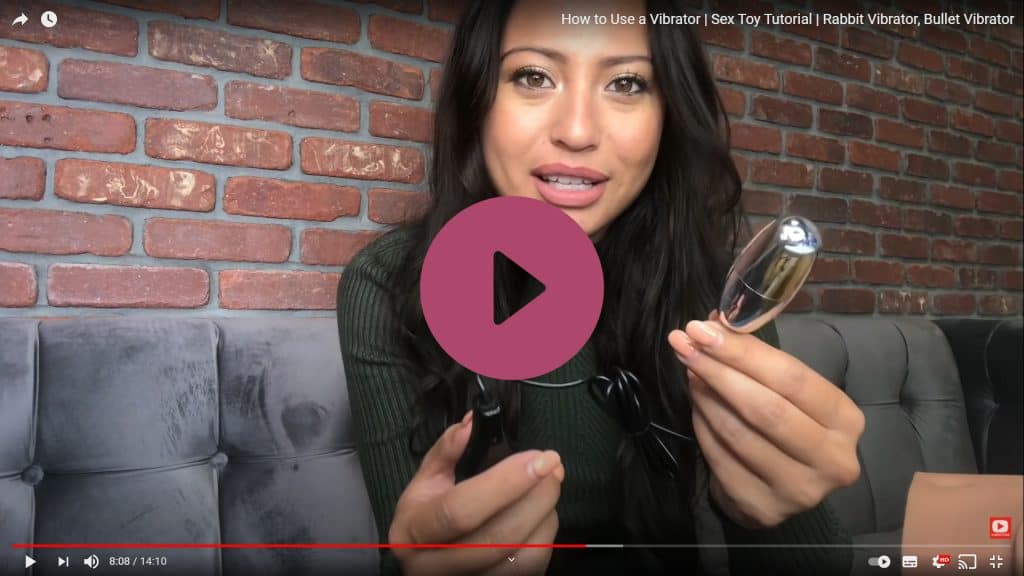 Well, you have several possibilities.

You can use them as a simple, but fun foreplay tool. Start off by having you or your partner stimulate your nipples first. Then, as you get more aroused, move it around your body, hitting all of your sensitive nerve endings before ending up on your clit. Be sure to use plenty of lube and to take your time – this will only make your final orgasm that much more powerful.

If you were stranded on a deserted island, and could only bring one toy with you, which one would you choose?

It’s true that it only has one speed setting, but that setting is more powerful than some $100+ vibrators.

So if you want a great bullet vibe that will provide a quick release, consider investing in Tracey Cox Supersex bullet. I’m pretty sure you won’t be disappointed.